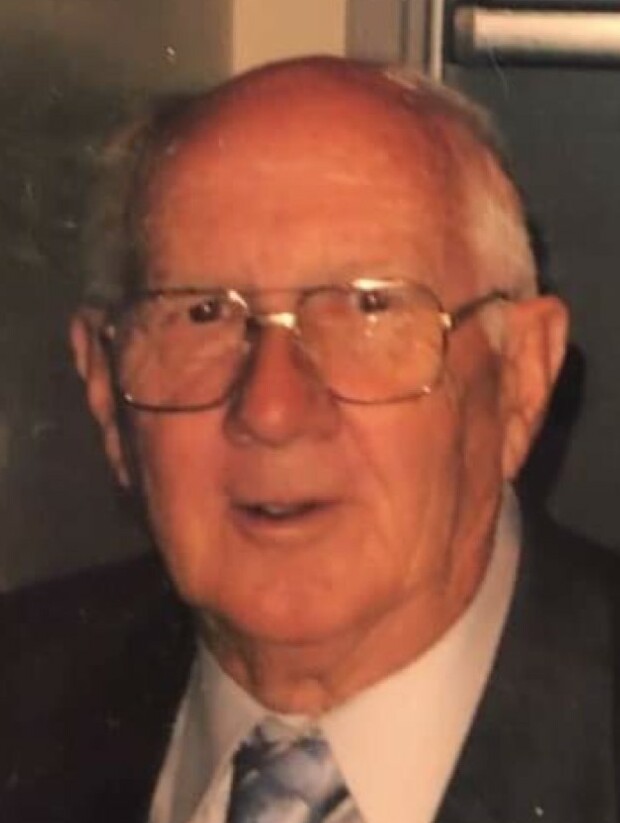 Parkston – Gustave Pansegrau, 90, went to his heavenly home Tuesday, July 12 at Avera Bormann Manor in Parkston.  Funeral mass will be Friday, July 15 at 11:00 am at Sacred Heart Catholic Church in Parkston.  Visitation will begin an hour prior to the mass also at the church.  Arrangements by Koehn Bros. Funeral Home in Parkston.

Gus was born June 23, 1932 to Gustave and Josephine (Hafner) Pansegrau in Parkston, SD.  He attended Parkston High School and graduated in 1951.  He was united in marriage to Bonnita Simek on June 21, 1954 in Tyndall, SD.  At the age of 12, he began working at Neumayr’s Market.  In 1969, he began working for Avera St. Benedict Hospital.  Gus was active in the community serving on the city council and was an EMT for many years.  His holiday seasons were spent being Santa Claus to area children.  He and Bonnie enjoyed many summers camping and meeting new friends.