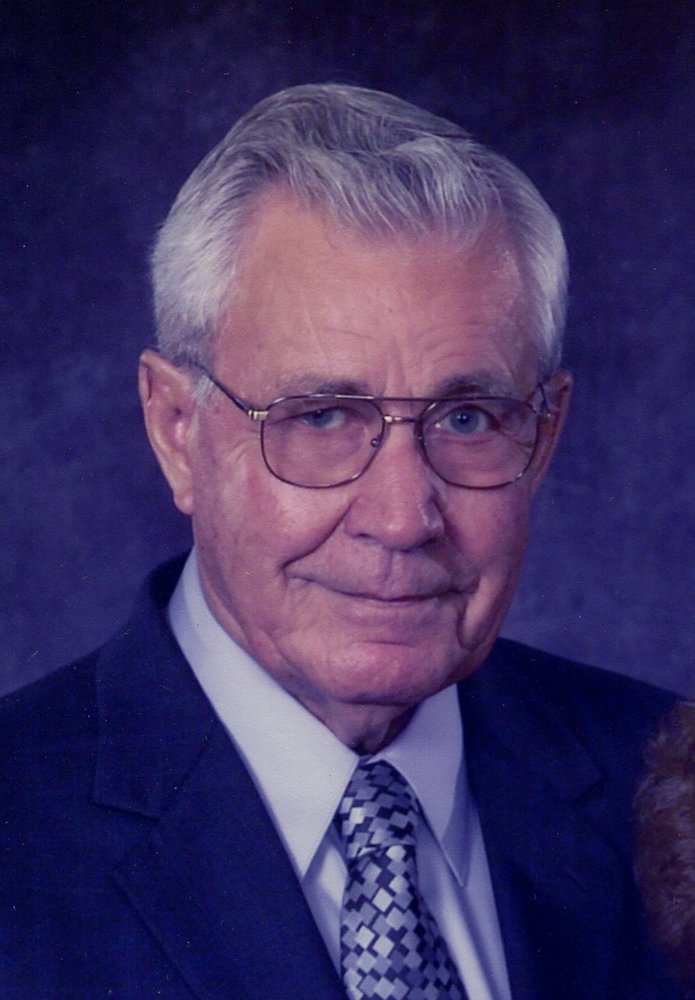 Alois was born April 18, 1930 to Adam and Katheryn (Tischler) Laber at their farm. He attended country school through the 8th grade and then farmed with his father until enlisting in the United States Army on June 17, 1952. After serving his country during the Korean Conflict, he was honorably discharged on May 28, 1954. He returned to South Dakota and was united in marriage to Adelle Fergen on September 29, 1954 at Ss. Peter & Paul Catholic Church in Dimock, SD. The couple farmed near Delmont, SD for 39 years before retiring and moving to Parkston, SD. Al served on the Agland COOP Board and the Sacred Heart Catholic Church building committee. When we think of Al, we remember his love for his wife, children and grandchildren and his devotion to the Catholic faith. Bart (son) and Amy (daughter) always remember Al taking time on Sundays to play baseball, even during the busy farm seasons. He loved to go to ballroom dances where he and Adelle made a striking couple on the dance floor, going out to look at the crops, talking German with his sisters and taking his grandsons to cattle sales and teaching them to string a really straight barb wire fence. He loved his granddaughters and always admired their beauty. He had special nicknames for Kassandra (Princess) and Alena (Gorgeous) and taught all his grandchildren to play card games.

He was preceded in death by his parents; wife, Adelle in 2007.

Share Your Memory of
Alois
Upload Your Memory View All Memories
Be the first to upload a memory!
Share A Memory
Send Flowers