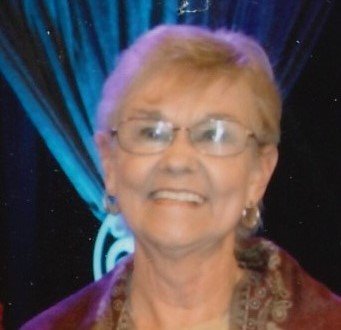 Corsica - Linda Murphy, 77, died at Good Samaritan Society in Corsica on Friday, September 6, 2019. Funeral service will be Thursday, September 12, 2019 at 11:00 AM at Aurora Reformed Church in Aurora Center with visitation an hour prior to the service. A committal service will be held at a leter date. Arrangments by Koehn Bros. Funeral Home in Armour.

Linda Alayne Raines Murphy was born June 5th 1942 in Sacramento, California to Jesse Allen Raines and Majorie Doris (Irwin) Raines. Being in a military family, she moved around quite a bit but lived in San Antonio Texas most of her young life. Linda graduated from Douglas MacArthur High School in San Antonio Texas in 1960. She lived in many different places in Texas, including Austin, Waco, Groesbeck, Llano, Kingsland, Nacogdoches and Houston. In that time she had many chapters in her life including having her two sons Richard Dean Reep of Porter, TX and Brady Lee Burns of Corsica, SD.

From there she moved to Norfolk,Virginia where she met and married George Murphy of Massachusetts and then moved on to Corsica, SD upon his passing. She was a secretary at multiple jobs, she cleaned offices and homes. She went to school for photography, drove bus for the school in Llano, wrote for a Christian newspaper in Groesbeck, worked a call center at the CBN broadcast network in Chesapeake VA. She was an in home caregiver and more. Here in Corsica she worked for John Deere, Leisure Living and the Good Samaritan Society - Corsica. Linda was a good Christian who walked closely with Jesus. She lived to help others and always put others before her and she would adopt and care for animals without blinking. Linda was a simple woman with a sometimes complicated life.

That beautiful life ended on September 6th 2019 after battling pancreatic cancer. Linda was preceded in death by her mother Majorie and her husband George. She is survived by her father Jesse, her two sons, Rick (Kristen) and their two daughters Ashley and April and Brady (Jill) and their two sons Alec and Evan, her sister Pamela Mathews (Ralph) of Tomball, TX and her family including 5 children, 17 grandchildren and 4 great grandchildren. Linda touched many lives and was loved dearly. She will be sorely missed but will live on in the hearts of those of us left behind.

Share Your Memory of
Linda
Upload Your Memory View All Memories
Be the first to upload a memory!
Share A Memory
Send Flowers