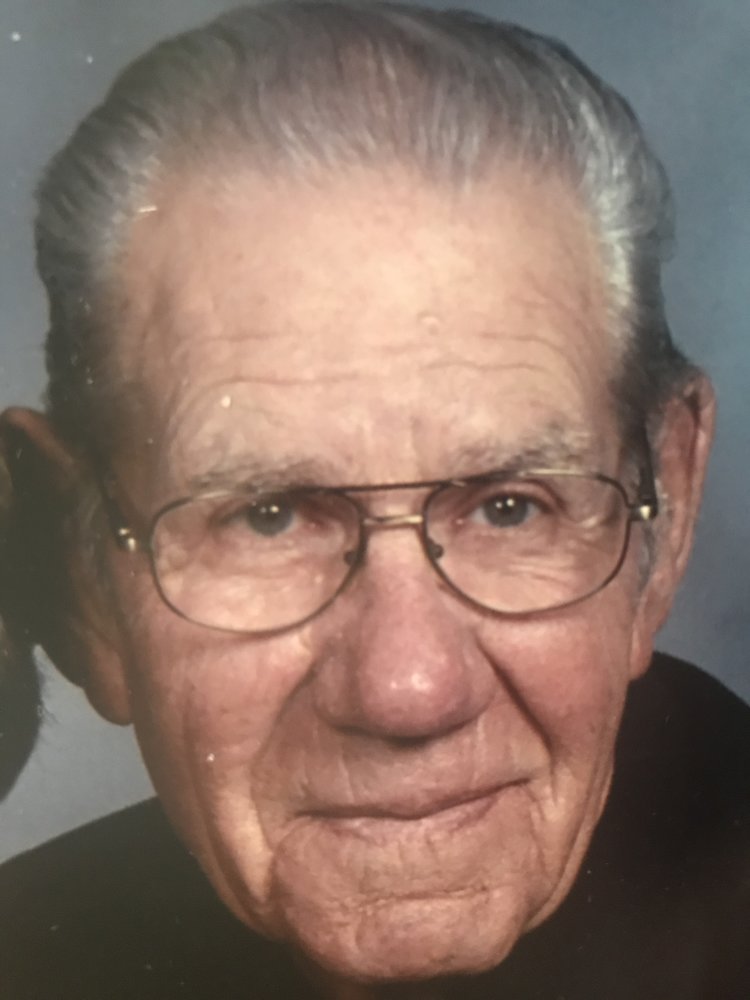 Sylvan Van Zee was born on September 4, 1928 to Tony and Jennie (Van Zanten) Van Zee in New Holland, SD.  He was raised with three brothers, two sisters, and attended New Holland Christian School.  He helped his Dad on the farm and worked for surrounding farmers. After leaving home at the age of 21 he worked in Grand Rapids, MI for two years, then in 1950 he enlisted in the U.S. Air Force at the start of the Korean War.  He spent time in North Africa and was honorably discharged in 1954.  On September 4, 1953, he married Ramona DeVries and they were blessed with three children: Gary, Glen, and Wanda.

Sylvan loved people and working with the public through many business adventures including owning and operating a gas station in Corsica, working in Sioux Falls for six years, farming, and his “beloved” graveling service.

In 1996 he retired from graveling, then in 2011 moved from the farm to an apartment in Corsica.  Sylvan was a 65 year member of the American Legion and VFW.  He served as an elder, deacon, and Sunday school teacher for many years. His main goal in life was to serve his Lord, Jesus Christ, by showing his love to others and his family so they would have that personal relationship with the Lord.  He prayed for his children and grandchildren everyday, in doing so he leaves a legacy of love and a strong faith in the Lord.  He was a kind loving man who loved spending time with his family.  He died peacefully on Wednesday, January 22, 2020 at Williamson Medical Center in Franklin, TN at the age of 91.

Share Your Memory of
Sylvan
Upload Your Memory View All Memories
Be the first to upload a memory!
Share A Memory
Send Flowers