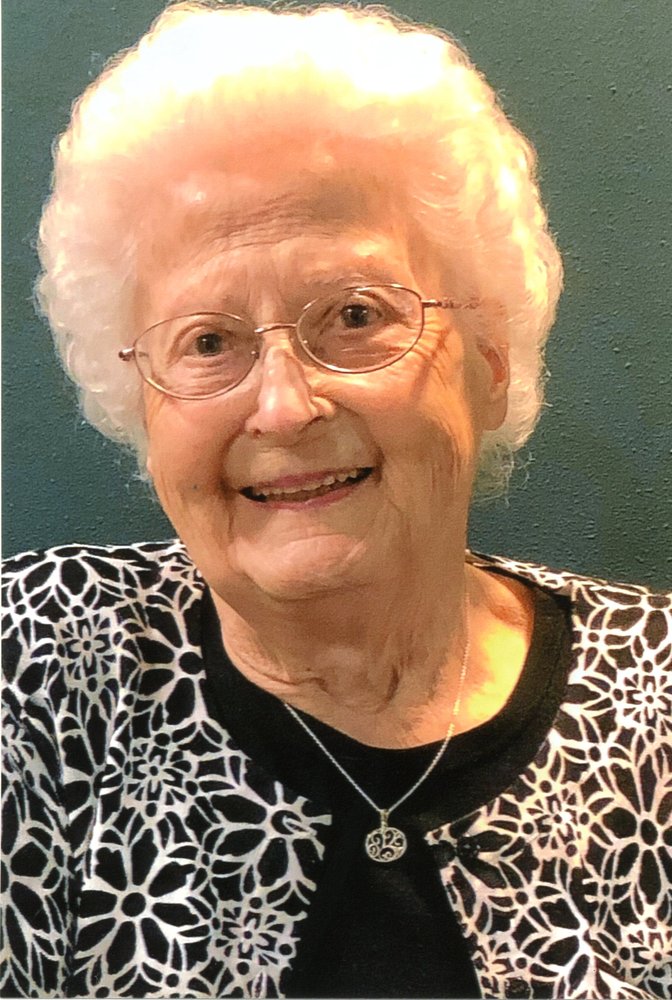 Madison - Beverly Jean Bamberg, 95, formerly of Corsica, died at Madison Regional Health System on Wednesday, January 29, 2020. Funeral service will be Monday, February 3, 2020 at 10:30 AM at St. Peter Lutheran Church near Armour with burial following in St. Peter Lutheran Cemetery. Visitation will be Sunday, February 2, 2020 from 1 - 3 PM at Koehn Bros. Funeral Chapel in Corsica with prayer service at 3:00 PM.

Beverly Jean Bamberg was born on November 12, 1924 on the family farm near Corsica to Walter and Bertha (Titze) Bormann. She was baptized on March 22, 1925 at home and confirmed on May 1, 1938 at St. Johns Lutheran Church, Hillside, SD. She attended country school in Walnut Grove Township in Douglas County. She helped on the family farm and also worked for other families in the area. During World War II, she worked as a clerk for several years in the G.F. Buche Store in Mitchell, SD. On June 29, 1947, she married Gilbert Bamberg at St. Peter Lutheran Church near Armour and lived in Corsica. Gib died on September 28, 1996. Beverly stayed in Corsica until December 20, 2008 when she moved to Bethel Lutheran Home in Madison, SD. She was a member of the Get To-Gather Extension Club and American Legion Auxiliary for over 55 years. She enjoyed reading, embroidery, and baking. She died on Wednesday, January 29, 2020 at Madison Regional Health System at the age of 95.

She was preceded in death by her parents, husband, and 2 brothers, Don Borman and Delmar Bormann.

Share Your Memory of
Beverly
Upload Your Memory View All Memories
Be the first to upload a memory!
Share A Memory
Send Flowers