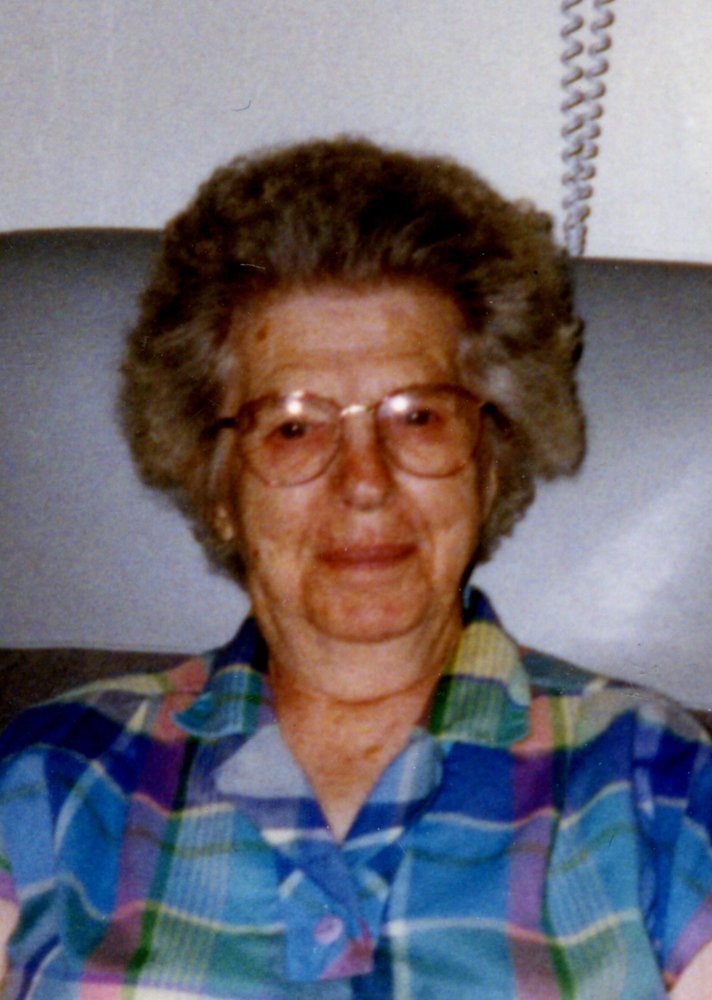 Edna Lorena Hoff, formerly of Tripp, went to her heavenly home Tuesday, February 11 at the Good Samaritan Society – Scotland. Funeral service will be Saturday, February 15 at 10:30 am with visitation beginning at 9:00 am at Frieden’s Reformed Church in Tripp. Arrangements by Koehn Bros. Funeral Home in Parkston.

Edna was born March 2, 1918 to Fred and Emilia (Stoebner) Hoff on the family farm north of Tripp, SD. The early part of her life was spent attending school through the 8th grade- Edna recalled fondly riding her horse Finny with her sister to school, picking up stragglers along the way. Edna also stayed busy on the family farm doing chores.

The family then moved to town where Edna worked in customer service, housekeeping and was a nanny for several residences in Tripp.

Edna was an avid quilter and loved making blankets for many family members until she lost her sight. She was a longtime member of the Friedens Reform Church in Tripp and had many lifelong friendships formed there. Edna was known for her great sense of humor and quick wit, and more than anything she loved to laugh.

She was preceded in death by her parents, Fred and Emilia; a son, Harvey; a grandson, Scott; 3 sisters, Olinda, Lenora and Loraine; and a brother, Edwin.

Share Your Memory of
Edna
Upload Your Memory View All Memories
Be the first to upload a memory!
Share A Memory
Send Flowers