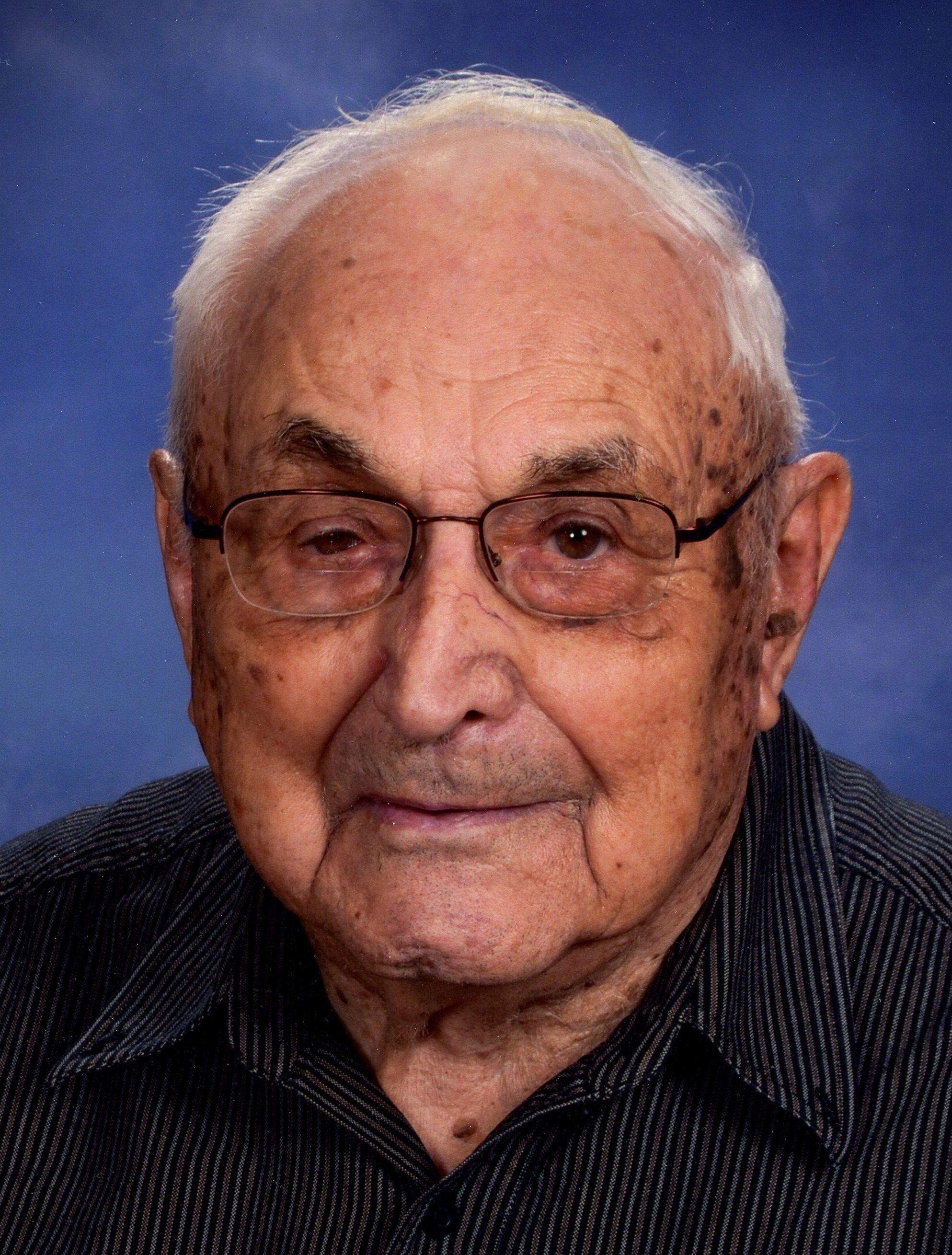 Parkston – Allen Schuler, 97, went to his heavenly home Saturday, February 15 at Avera St. Benedict Hospital in Parkston. Funeral service will be Wednesday, February 19 at 10:30 am with visitation beginning at 9:30 at Salem Lutheran Church in Parkston. Arrangements by Koehn Bros. Funeral Home in Parkston.

Allen was born March 26, 1922 to William and Emilie (Thum) Schuler at Delmont, SD. At the age of 3, he moved with his family to a farm east of Parkston, SD. He attended country school near the home place through the 8th grade. He was united in marriage to Dacia Hasz on December 15, 1946 in Parkston. They took over the family farm and farmed for 33 years before retiring and moving into Parkston. In retirement, Allen drove school bus for the Parkston School District for 10 years and worked for the Hutchinson County FSA office for 20 years. He was served on the Wittenburg and Salem Lutheran Church councils and on the Wittenburg cemetery board for many years. He enjoyed fishing, hunting, playing cards, woodworking and collecting trains. He loved to take anyone who stopped at the house down to the basement to see all the trains he had set up. He also loved all sporting events, especially those his grandchildren or great-grandchildren were participating in. In 2017, he moved into Avera Bormann Manor in Parkston and has been a resident there since.

Share Your Memory of
Allen
Upload Your Memory View All Memories
Be the first to upload a memory!
Share A Memory
Send Flowers
Plant a Tree