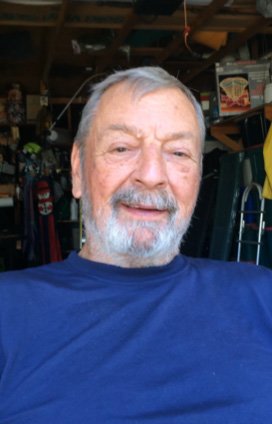 James "Jim" Douglas Karr, 77, died at his home in Armour on Friday, February 21, 2020. A memorial service will be Saturday, February 29, 2020 at 11:00 AM at Redeemer Lutheran Church in Armour. Arrangements by Koehn Bros. Funeral Home in Armour.

James "Jim" Douglas Karr was born on December 26, 1942 to Paul and Dorothy (McGraw) Karr, SR in Oakland, CA. He married Karen Ann Horsley on August 25, 1961 in Sioux City, IA. He entered the U.S. Navy on January 20, 1960 and was honorably discharged on January 19, 1966. Jim worked at Cargill Nutrena Feeds in Sioux City of 35 years and for Armour Land Fill for 15 years. He enjoyed fishing, hunting, playing cards, watching sports, camping, winning at the slots, horse and dog racing, eating out, going to movies, and spending time with his family. He died at his home in Armour on Friday, February 21, 2020 at the age of 77.

He was preceded in death by his parents, sister, Judy Cameron, in-laws, Howard and Viola Horsley, brothers-in-law, Leroy Pedersen and Loren Horsley, and sister-in-law, Delores Horsley.

Share Your Memory of
James
Upload Your Memory View All Memories
Be the first to upload a memory!
Share A Memory
Send Flowers
Plant a Tree