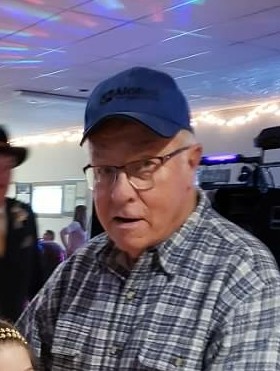 Leon was born January 10, 1944 to Lester and Leona (Raths) Edlund in Breckenridge, MN. He grew up in Rosholt, SD and graduated from Rosholt High School. He furthered his education at Augustana University in Sioux Falls, SD and graduated with a degree in education. His first teaching job took him to Sisseton, SD where he taught school and coached the football team. He served his country in the United State Air Force from January 15, 1963 until July 8, 1966. He began working for the Farm Service Agency and was the County Director in both Dupree, SD and eventually Parkston, SD. In addition to working for the FSA, Leon also farmed near Parkston and raised chickens and pigs. He was a man of many talents as he was a county commissioner, hauled blood for Sanford Hospital, was a bus driver for both the Parkston and Mitchell school districts and was most recently a crop insurance adjuster. He was active in the community serving on the school board, was a substitute teacher, a voluntary ambulance driver, a member of the Boog's breakfast and card club and was Sgt. Of Arms for the American Legion. e was a sports enthusiast who umpired for amateur baseball, refereed basketball games, took stats for football games and was an assistant wrestling coach. He was an avid fisherman and golfer and also enjoyed playing cards, drinking coffee and attending sporting events.

He was preceded in death by his father, Lester Edlund; his mother and step-father, Leona and Lloyd Stowe; a sister, LaVonne (Larry) Ringsaker; a sister-in-law, Audrey Edlund; and a brother-in-law, Larry Goette.

Share Your Memory of
Leon
Upload Your Memory View All Memories
Be the first to upload a memory!
Share A Memory
Send Flowers
Plant a Tree