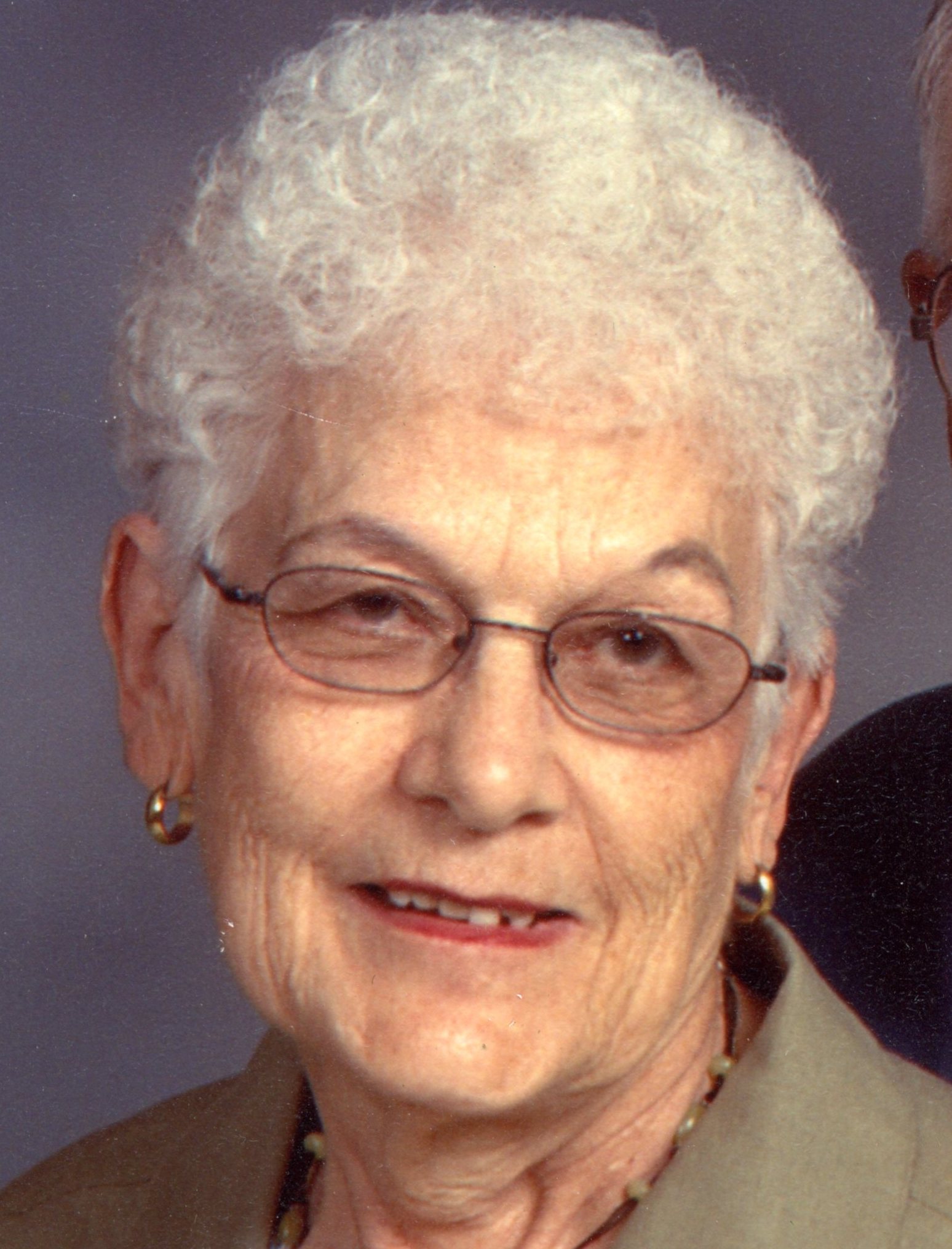 Dolores "Lory" Jean Holbeck was born on November 23, 1923 to Louis and Clara (Zimmer) Wagner. She grew up on a farm near Corsica and graduated from Corsica High School in 1941. She married Leo Holbeck on February 6, 1943 and lived on a farm near Armour until 1976, when they moved to Armour. Leo died on October 2, 2013. Lory was a wonderful wife, mother, grandmother, and friend to many.  On the farm, Lory milked cows, raised chickens and loved cooking.  She was known  for her “delicious pies”.  Lory enjoyed collecting teapots, painting, ceramics, reading books, listening to music, and travel. Lory was involved in the Sunshine Extension Club, and Altar Society at the Catholic Church.

Lory’s grandchildren brought her great personal joy. Although they lived quite a distance from her, she loved talking to them on the phone. When they made their yearly visits, they had tea parties with her many teapots. She always had powered sugar donuts and cinnamon bread waiting for them upon their arival.

Lory had a strong faith, and will be missed dearly.

In lieu of flowers, donations can be made to St. Judes Children's Hospital or St. Paul the Apostle Catholic Church.

Share Your Memory of
Dolores
Upload Your Memory View All Memories
Be the first to upload a memory!
Share A Memory
Send Flowers
Plant a Tree