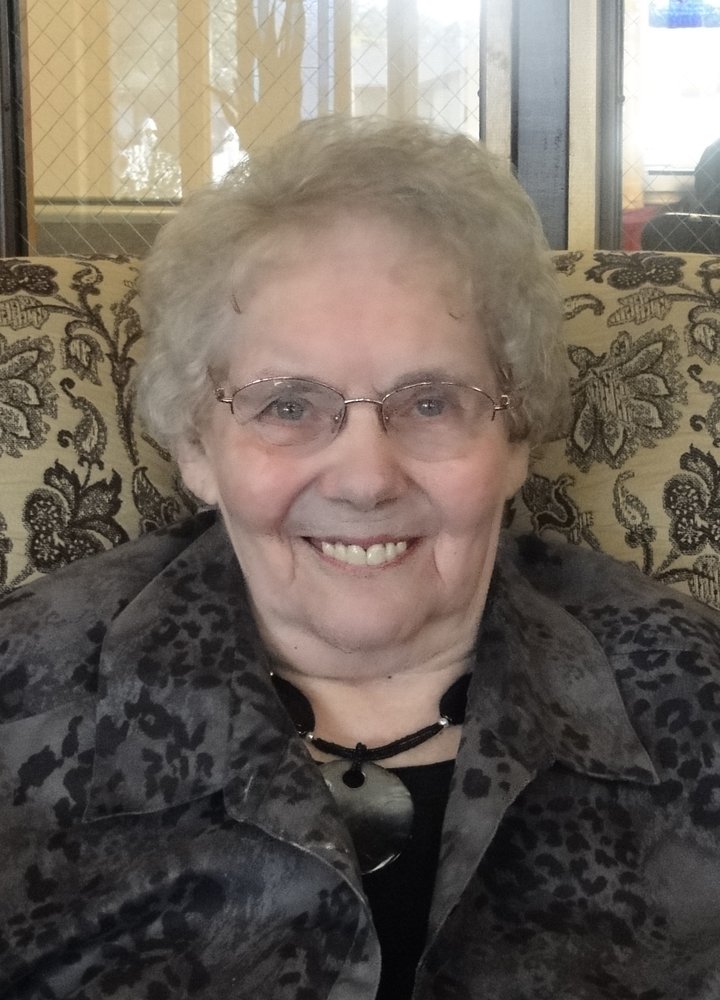 Arlene Ruth Van Hofwegen Hofstee was born May 21, 1932 on the family farm 8 miles north of Worthington, Minnesota, to Laurence and Nellie Van Hofwegen.  On April 1, 2020 after a full life she was taken to her eternal home.  She attended eight years of grade school in a one room school and graduated from Worthington High School in 1949.

On October 5, 1950 Arlene was married to Dick Hofstee. Dick passed away on September 19, 2010.  After they were married they moved to California where their son Harvey was born.
Arlene loved to play the piano which started the romantic relationship between Arlene and Dick. Dick was asked to sing for many occasions and Arlene was his pianist.  She was a church organist and taught Sunday school for many years.  Arlene also loved to learn about her Lord participating in many Bible studies in the church or neighborhood.  Arlene worked as a teacher's aide and an aide in a nursing home in Worthington, entertained in the Corsica home before and even after she and Dick became residents of the Corsica care facility in 2009. Her grandchildren were very precious to her and that carried over to her great-grandchildren when they came along.

The family requests that memorials be directed to the New Holland Christian Reformed Church or Dakota Christian School.

Share Your Memory of
Arlene
Upload Your Memory View All Memories
Be the first to upload a memory!
Share A Memory
Send Flowers
Plant a Tree