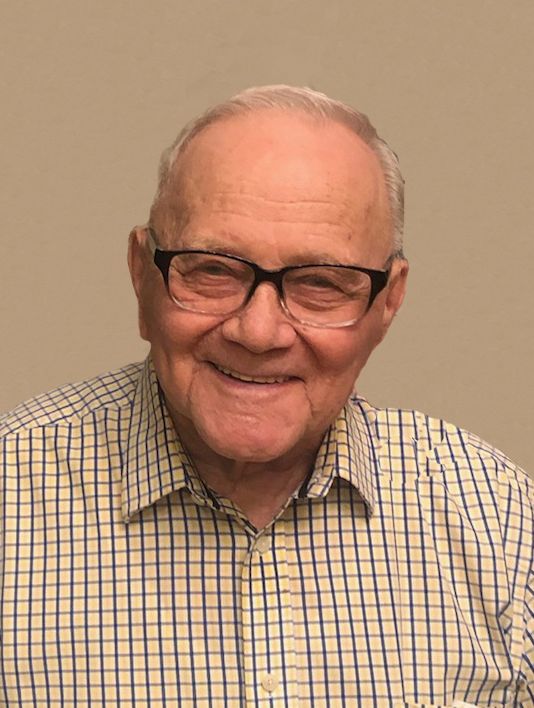 Herbert ‘Hub’ Adam Degen was born on January 2, 1929, in Parkston, SD, the son of Anthony ‘Tony’ and Anna (Weber) Degen. He grew up in rural Parkston, and attended country school. He began working on the family farm. On September 12, 1950, he was united in marriage to the love of his life, Elizabeth ‘Betty’ Heisinger at Sacred Heart Catholic Church, in Parkston. Hub enlisted in the United States Army and served in the Korean War until his honorable discharge in 1953. He returned to Parkston and began farming on his own until his retirement in 1991. In 1993, Hub and Betty moved into Parkston where they resided until they moved to Brookings, SD, in November, 2015.

Hub had a passion for telling stories. He was a quiet man, who enjoyed detailing cars, caring for his lawn, polishing shoes, crafting many projects, often times being very innovative. He liked to go road hunting, traveling, going on a wonderful trip with Betty to Hawaii and one of his favorite memories was going on a fishing trip to Louisiana with his sons. More than anything, Hub cherished the time he spent with his family. He always found joy in seeing little kids, especially his grandchildren and great grandchildren.

He was preceded in death by his parents, two brothers, Louis and Norbert Degen and two sisters, Alfreda Oberembt and Shirley Kummer.

Condolences may be sent to the family through www.rudesfuneralhome.com

Share Your Memory of
Herbert
Upload Your Memory View All Memories
Be the first to upload a memory!
Share A Memory
Send Flowers
Plant a Tree