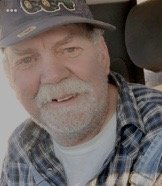 David James Wagner, 69, went to his heavenly home Wednesday, June 17, 2020 at Avera St. Benedict Hospital in Parkston at the age of 69. Graveside services will be held at 1 pm Saturday June 20th at Sacred Heart Catholic Cemetery.

Dave was born February 3, 1951 to James and Rosemary (Van Litsenborgh) Wagner in Mitchell. He graduated from Parkston High School in 1969. Dave served in the National Guard. David married Catherine Ann Thuringer on October 16, 1971. To this union 4 children, Susan, Sheri, Paula and Duane, were born. He spent most of his life farming near Delmont. Dave was a member of the Knights of Columbus, the Twin Rivers Old Iron Club, Parkston American Legion, Township Board, and Weed Board. Dave enjoyed fishing, hunting, and playing cards. Dave

Dave was preceded in death by his parents, 2 infant sons Joey and James, and his brother.

Share Your Memory of
David
Upload Your Memory View All Memories
Be the first to upload a memory!
Share A Memory
Send Flowers
Plant a Tree