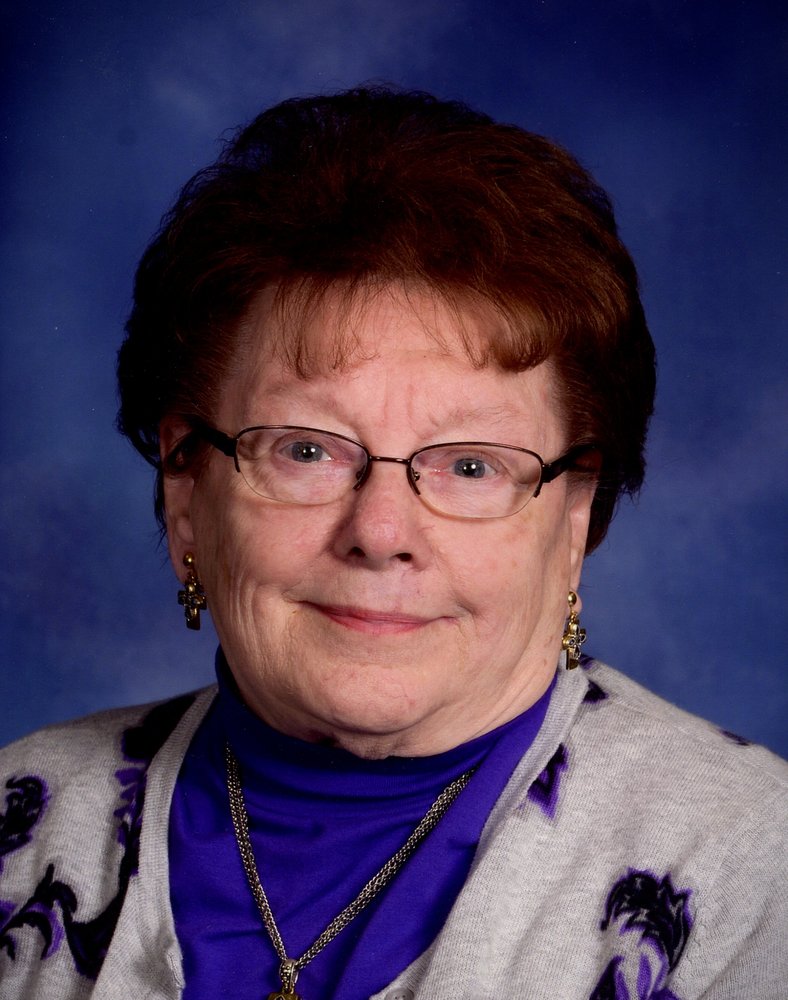 Rosella Bertha Baier was born December 10, 1935 to Edward and Elsie (Neugebauer) Reimnitz on the family farm west of Dimock, SD. She was baptized into the Christian faith on January 5, 1936 at Immanuel Lutheran Church by Rev. Hemple. She attended Sunday School at Immanuel and was confirmed on June 26, 1949 by Rev. Dewald. She was active in the youth group, taught Sunday School and mid week religion classes and Vacation Bible School as well as playing the organ for many years. She was united in marriage to Gerald Baier on February 5, 1956 at Immanuel. The couple farmed in the Clayton, Dimock and Delmont, SD area. Rosella worked as a cook for St. Benedict Hospital in Parkston, SD 25 years, retiring in 2011. She was a member of the LWML where she held many office jobs including being vice president of the Mitchell zone. She was a board member of the Good Samaritan Society in Parkston until it dissolved. She enjoyed many travels to Texas, Oklahoma and Tennessee to visit her children. She enjoyed gardening, flowers, baking and cooking, and sewed many wedding dresses and clothes. She also enjoyed crocheting and has made several afgans and quilts for her children, grandchildren and great-grandchildren. Rosella went to her heavenly home Saturday, July 4, 2020 at Avera Bormann Manor in Parkston at the age of 84.

She was preceded in death by her parents; husband, Gerald; an infant daughter, Lila Rose; a brother, Everett Riemnitz; and a sister, Delorse (Victor) Heinz.

Memorials would be prefered in lieu of flowers.

Share Your Memory of
Rosella
Upload Your Memory View All Memories
Be the first to upload a memory!
Share A Memory
Send Flowers
Plant a Tree