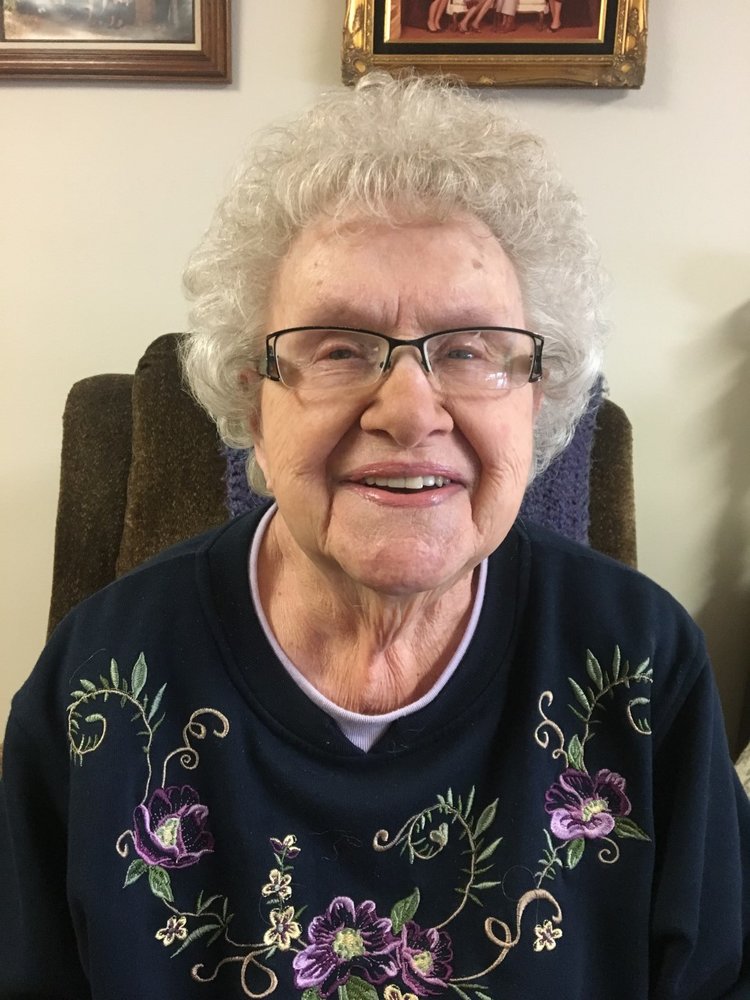 Please share a memory of Beverly to include in a keepsake book for family and friends.
View Tribute Book

Beverly Juanita (Hins) Weiss, 88, went to her heavenly home on July 7, 2020 at Avera Comfort Care in Parkston, SD. Due to corona virus concerns, a private family graveside service will be held on Saturday July 11, 2020.

Beverly was born near Parkston on February 5, 1932 to Hulda (Koenig) and Emanuel Hins. She grew up in the Parkston area graduating from PHS in 1950. She married Raymond Weiss on January 18, 1951. They spent 64 wonderful years together. To this union, 6 children were born. They farmed east of Parkston for approximately 50 years. In addition to her being a dedicated mother and farm wife, Bev was trained and worked in physical therapy at St Benedict hospital for 11 years. Several years later she worked at Bormann Manor for 2 years before retiring due to health issues.

Beverly loved her Lord Jesus, her children, grandchildren, and great grandchildren. She loved to travel in their motorhome, playing pinochle, dominoes, dancing, baking, cooking amazing meals including borscht, fleishkeukla, kuchen, brotkuchle and hand writing beautiful notes, and sending cards. She was a longtime member of Parkston Congregational Church Ladies Aid, and other volunteer activities. Beverly will be cherished in the memories of those whose lives she touched. She was deeply involved in her family’s lives.

She is preceded in death by her husband, her parents, and sisters Louise Stegemann, Lois Hins, Janus Roth, and brothers in law Fred Stegemann, Reuben Fuerst, Marvin Weiss, and Clarence Roth.

Share Your Memory of
Beverly
Upload Your Memory View All Memories
Be the first to upload a memory!
Share A Memory
Send Flowers
Plant a Tree