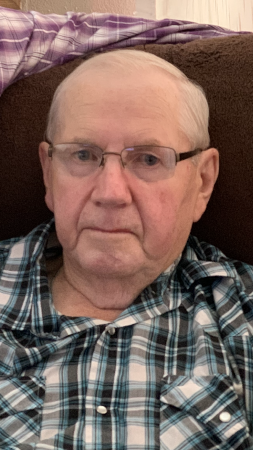 Richard Charles Slaba was born on December 4, 1944, to Alvin and Tillie (Kisely) Slaba in Geddes, SD. Richie took over the family farm at the age of 15. He graduated from Geddes High School in 1962. On July 6, 1974, he married Colleen (Rete) Masur - his “Retezie Pie” -  at St. Ann’s Catholic Church. They just celebrated their 46th anniversary.

On July 25, 2018, Richie entered the Lake Andes Nursing Home due to Parkinson’s disease.

Richie was preceded in death by his parents, mother and father-in-law, 3 brothers-in-law, 3 nieces, and 1 nephew.

Many years passed through Pappy’s hands…

“Peace be with you” to fellow Catholics on Sunday mornings
Slow, high waves to passers while he trudged through our yard

Uncontrollable shake: an effect of Parkinsons
Scribbled on checks to keep the old farm runnin’