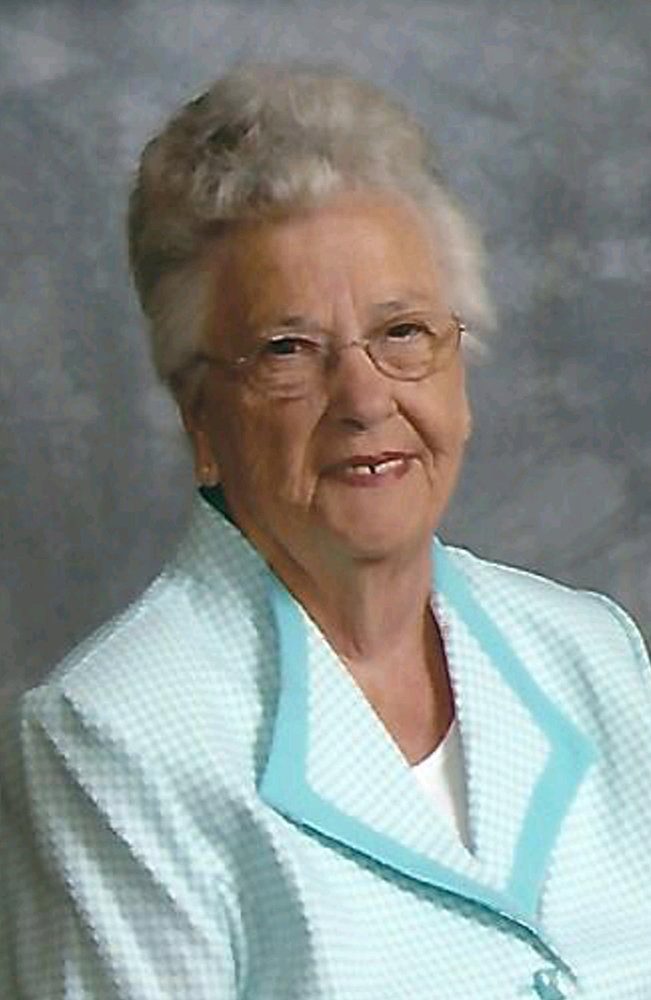 Please share a memory of Lenora to include in a keepsake book for family and friends.
View Tribute Book

Lenora Gruenewald was born on August 6, 1925 to Tony and Dena (Kuyper) Niewenhuis in Aurora County, SD. She attended grade school in Aurora County, then attended school in Stickney, SD and Corsica, SD. She then went on to earn her GED at the age of 50, then attained her SD Counseling and Addiction Certification. She worked at the SD Training School in Plankinton, SD; Mitchell Alcohol Drug Center, and Abbott House, both in Mitchell, SD.

Lenora married Leon Gruenewald on November 10, 1942 in Goldsboro, NC. To this union, 5 children were born, They farmed in Douglas County.

Lenora was a member of Our Savior Lutheran Church in Corsica. Three things were very important to Lenora; God's Grace, her faith, and her family. Her favorite bible verses were; Ephesians 2:8 - For by grace you have been saved through faith, and that not of yourselves; it is the gift of God, not of works, least anyone should boast. And Hebrews 11:1 - Now faith is the substance of things hoped for, the evidence of things not seen. Lenora passed away on Wednesday, July 15, 2020 at Good Samaritan Society in Corsica at the age of 94.

Share Your Memory of
Lenora
Upload Your Memory View All Memories
Be the first to upload a memory!
Share A Memory
Send Flowers
Plant a Tree