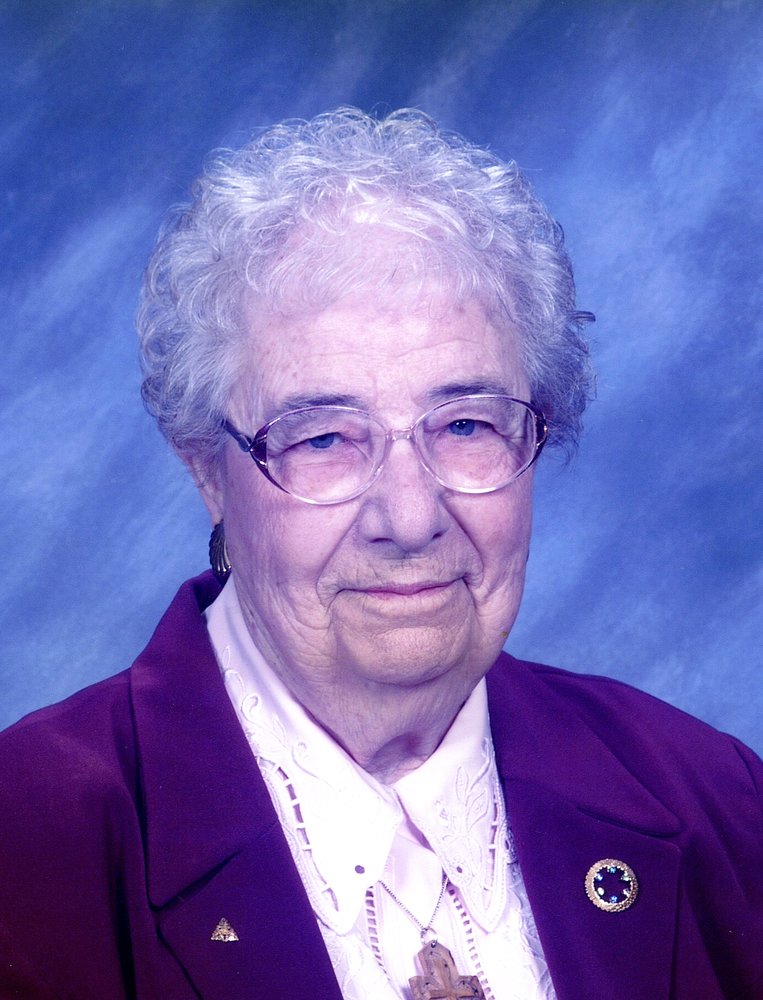 Please share a memory of Lorraine to include in a keepsake book for family and friends.
View Tribute Book

Parkston – Lorraine Olivia Schulz, 97, went to her heavenly home Saturday, August 15 at Avera Bormann Manor in Parkston. Due to Covid-19 concerns, there will be a private, family service held Friday, August 21 at 10:30 am at Salem Lutheran Church in Parkston. Visitation will be Thursday, August 20 from 5 to 7 pm at Koehn Bros. Funeral Home in Parkston.

Lorraine was born on August 24, 1922 to Gustave and Emilie, nee Hanselman, Furest at Parkston, SD. She was baptized on December 25, 1922 and confirmed on June 6, 1937 at the Friedenofelde Congregational Church. Lorraine was united in marriage to Ervin Ruben Schulz on October 21, 1945. The couple farmed South East of Parkston on the Schulz Family Homestead. Ervin passed away in 1982, and in 1985 Lorraine moved into Parkston.

Lorraine was an active member of Salem Lutheran Church, serving on the Church Council, Sunday School Teacher, and as President of the Alter Guild for 26 years. She also was in the choir, on the Funeral Committee, and worked with the quilting group for Lutheran Relief as well as preparing Meals on Wheels at the Senior Center in the Parkston community. Lorraine was an avid Twins, Viking and Husker Fan!

She loved spending time with her family. Her love of Quilting, cooking and baking brought much joy to her children, grandchildren and great-grandchildren. Lorraine went to her Heavenly Home August 15, 2020 at Avera Bormann Manor in Parkston at the age of 97 years, 11 months and 15 days.

Lorraine was preceded in death by her husband Ervin Schulz in 1982; 4 sisters: Clara Meidema, Olga Rembold, Velda Pearson, and an infant sister, Lillian Furest; and a brother, Ruben Furest.

Share Your Memory of
Lorraine
Upload Your Memory View All Memories
Be the first to upload a memory!
Share A Memory
Send Flowers
Plant a Tree