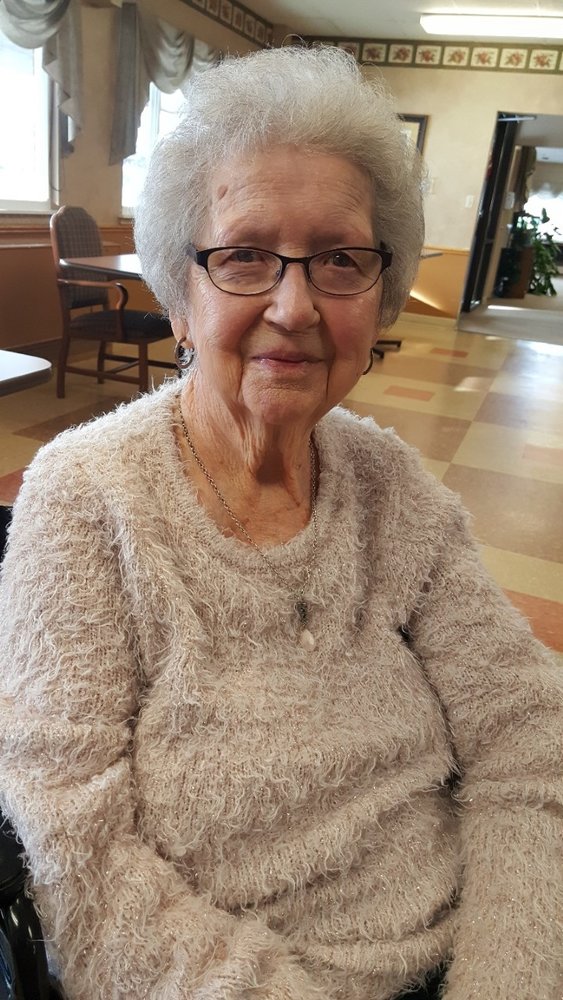 Please share a memory of Virginia to include in a keepsake book for family and friends.
View Tribute Book

Armour – Virginia Harms, 95, died at Avantara Nursing Home in Armour on Sunday, August 16, 2020. Private committal services for Virginia Harms, 95, of Armour, S.D., will be Wed., Aug. 19, at the Pleasant Ridge Cemetery. Due to Covid-19, the committal service is for family only. Any of Virginia’s friends or former students who wish to pay their respects are welcome to attend visitation between 5-7 p.m. Tuesday, Aug. 18, at the Armour United Church of Christ. No memorial service will be held following visitation and family will be not be present. No flowers please.

Virginia attended country school through the eighth grade. She then attended Ravinia High School, graduating in 1942. That summer, Virginia began the teaching program at Southern State Normal School, Springfield, S.D. She was only midway through her first year of college when she was offered a full-time teaching position near her home for the remainder of that year due to the teacher shortage created by World War II.

After Herb’s discharge from the Army, the couple returned to the Armour area where they operated a café for a short time and then began farming south of Armour. During the subsequent years, Virginia completed her four-year teaching degree from Springfield. During their years on the farm, Virginia taught at rural schools in Charles Mix County for 12 years.

When Herb began his career as a Standard Oil Agent in Armour, they moved into Armour where Virginia was a fourth grade teacher at the Armour Public School for 11 years. Virginia loved teaching. She says that even as a young girl, she knew that she wanted to be a teacher, “teaching” lessons by writing with white chalk on the red side of the grainery.

Virginia retired from teaching in 1969 to help Herb with bookwork at the Standard Oil Service Station.

After Herb’s death on Sept. 15, 1983, Virginia worked for several years as a librarian at the Armour Carnegie Library. Her favorite part of this job was hosting children’s story time and gathering an elaborate collection of fancy pencils that the children could use to sign-out books.

Virginia enjoyed pets, gardening, canning, raising chickens, scrapbooking, arts and crafts (especially paper mache’), parades, a good joke, and having coffee with friends. But her greatest joy came from spending time with her children and grandchildren and their families. Nothing made her happier than when they came to visit. Virginia made sure the coffee was always brewing.

She was preceded in death by her husband; her parents and parents in-law; brothers Theodore and Wilbur; sister Ardelle Clements; brothers-in-law Fred, Donald, and Gerald Harms and Donald Clements; and sisters-in-law, Joyce Gussler, Darlene Harms, and Agnes “Rockie” Meyer.

Share Your Memory of
Virginia
Upload Your Memory View All Memories
Be the first to upload a memory!
Share A Memory
Send Flowers
Plant a Tree