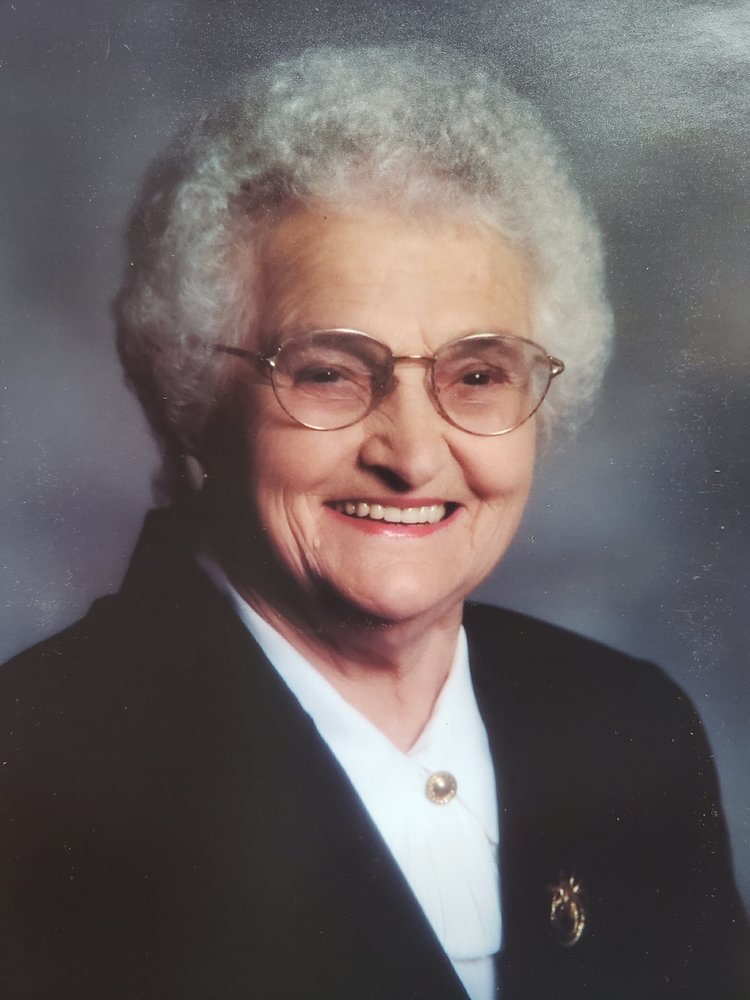 Please share a memory of Anna to include in a keepsake book for family and friends.
View Tribute Book

Parkston – Anna Marie Weiss, 99, went to her heavenly home Monday, August 24 at Avera Brady Health and Rehab in Mitchell. Funeral mass will be Thursday, August 27 at 10:30 am at Sacred Heart Catholic Church in Parkston. Due to Covid 19 concerns, the family requests masks be worn. Arrangements by Koehn Bros. Funeral Home in Parkston.

Anna was born August 13, 1921 to Joseph and Rose (Konkoly) Erlacher in Dimock, SD. She attended Ss. Peter & Paul Parochial School in Dimock. She was united in marriage to Joseph Weiss on August 29, 1938. The couple farmed near Parkston and Ethan until retiring and moving into Parkston in 1967. Joe passed away on March 20, 1989. Anna was a member of Sacred Heart Catholic Church and was an active member of the Altar Society. She also enjoyed gardening.

Grateful for having shared her life are her 3 sons: Joseph Weiss of Mitchell; Franklin Weiss of Sioux Falls, SD; and Leroy (Brenda) Weiss of Volga, SD; 15 grandchildren; and 24 great-grandchildren.

She was preceded in death by her parents; her husband, Joe; 2 sons, Gerald and Jerome; an infant son, Duane; a grandson, David; 5 brothers; 6 sisters; 2 daughters-in-law; and many nieces and nephews.

Share Your Memory of
Anna
Upload Your Memory View All Memories
Be the first to upload a memory!
Share A Memory
Send Flowers
Plant a Tree