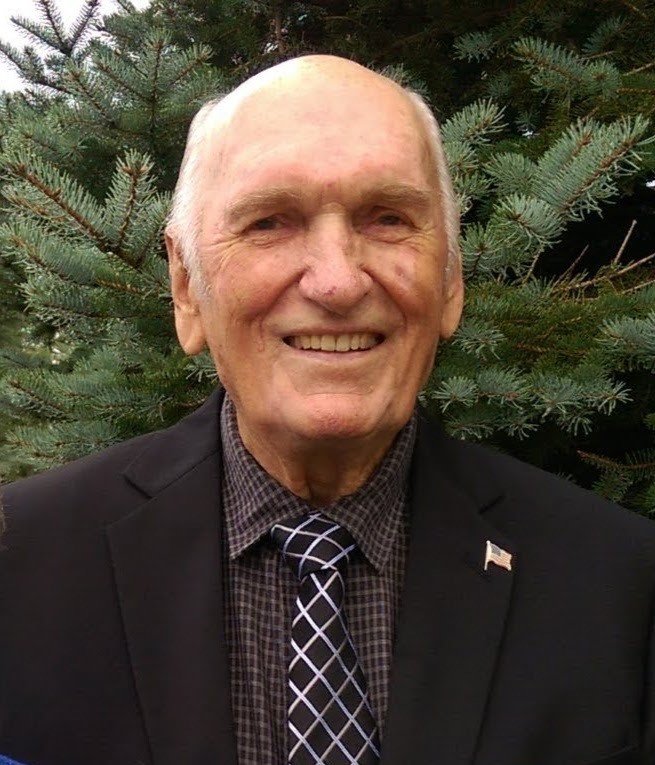 Armour – Paul Gerhardt Hartmann, 89, went to his heavenly home Saturday, August 29 at his home near Armour. Funeral service will be Monday, August 31 at 10:30 am with visitation beginning at 9:30 am at St. Peter Lutheran Church near Armour. Arrangements by Koehn Bros. Funeral Home in Armour.

Paul was born August 30, 1930 to Albert and Magdalena (Drefs) Hartmann on the Hartmann homestead near Delmont, SD. He attended country school through the 8th grade in Douglas County. He farmed with his father until 1951 when he began serving his country in the United States Air Force as an Aviation Maintenance Technician during the Korean War Era. In 1953, he obtained his GED through the Air Force and was honorably discharged in 1955. Paul returned home to the farm and on August 15, 1956 was united in marriage to Mildred Hogrefe at Zion Lutheran Church in Mitchell, SD. After farming for 31 years and at the age of 56, he enrolled at Colorado Aero Tech and graduated on June 14, 1988 with a degree as an Airframe and Power Plant Mechanic. He worked as a jet engine mechanic with Pratt and Whitney Manufacturing in Middletown, CT until 1989 when he began working for United Airlines in San Francisco, CA. Paul retired in 1996 and moved back to South Dakota. He was an active member of St. Peter Lutheran Church where he served in various positions and sang in the choir. He was also a member of the school board for Lincoln Township and the Thrivent board. He enjoyed building models, taking care of his lawn and airplanes.

He was preceded in death by his parents and a brother, Marvin Hartmann.