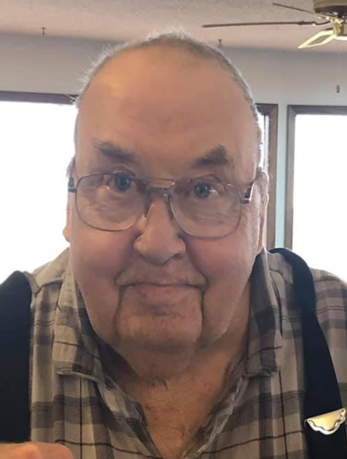 Please share a memory of Sidney to include in a keepsake book for family and friends.
View Tribute Book

Sidney L. Geuther, 75, went to his heavenly home Friday, September 11 at Aurora- Brule Nursing Home in White Lake. Visitation will be Wednesday, September 16 from 9:30 –10:30 at Hope Lutheran Church in Delmont with a graveside service to follow at Delmont City Cemetery. Arrangements by Koehn Bros. Funeral Home in Stickney.

Sidney was born January 20, 1945 to Raymond and Anna (Frey) Geuther on the family's farm near Delmont. He attended country school near the home place. He lived and farmed on the homestead most of his life, helping his parents and eventually his brother. He spent the later years of his life in the Aurora-Brule Nursing home where he helped the staff, played many games, enjoyed putting crossword puzzles together and coloring. He had a big heart, always had a smile on his face and would gladly help anyone in need. He loved spending the holiday's at Ron and Collette Briggs' with family, Halloween parties at the nursing home and homecoming parades. His favorites were candy bars, Cheetos, and Diet Coke.

He was preceded in death by his parents; 2 sisters: Ilene (Wallace) Peters and Arles Ann Geuther; 2 brothers, Lloyd Geuther and Raymond Geuther Jr.; and a sister-in-law, Patricia Geuther.

Share Your Memory of
Sidney
Upload Your Memory View All Memories
Be the first to upload a memory!
Share A Memory
Send Flowers
Plant a Tree