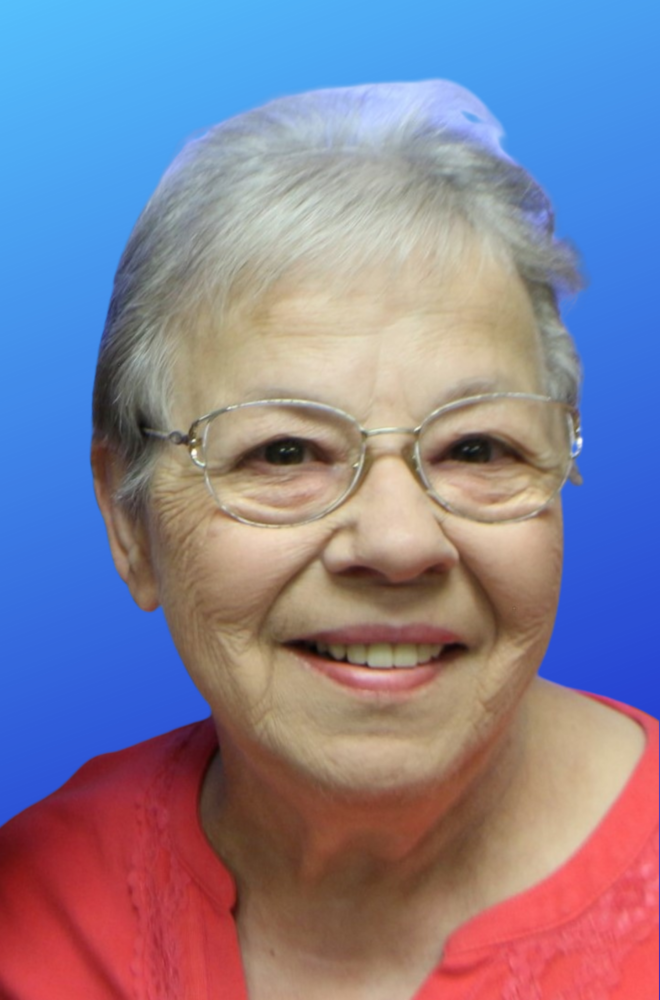 Please share a memory of LaVonne to include in a keepsake book for family and friends.
View Tribute Book

LaVonne Kay (Rentschler) Walz went home to her Lord and Savior Jesus Christ on the morning of September 13, 2020. She died peacefully in her home in Forney, TX after a long struggle with heart disease and dementia. A memorial service will be Saturday, October 3, 2020 at 2:00 pm at Redeemer Lutheran Church in Armour with graveside committal service following in St. Paul's Lutheran Cemetery near Armour.

LaVonne Kay Rentschler was born on June 20, 1943 in Flandreau, South Dakota, the fifth of eight children born to Charles Rudolph Rentschler and Ruby Lucille (Stevens) Rentschler, both of whom preceded her in death. Along with her parents, she was also preceded in death by her husband, Donald John Walz, one sister, Barbara (Dennis) Schulz, and one brother, Curtis Rentschler. She is survived by her children: two sons, Barry John Walz of Forney, TX and Stephen Lynn Walz, of Godley, TX, and one daughter, Terri Kay (Mike) Shambaugh of Forney, TX; five grandchildren: Katlynn Walz, Krista Walz, Kylie (Brandon) Dean, Peter Shambaugh, and Sarah Shambaugh; one great-grandchild: Adriel Jordan; three brothers: Verlyn Rentschler of Egan, SD; Wayne (Orie) Rentschler of Hartford, SD; and Terry (Anita) Rentschler of Parker, SD; two sisters: Beverly (Mel) Maeschen of Farmington, NM; and Ardys (James) Line of Clarkson, KY; ten brothers- and sisters-in-law, and over twenty nieces and nephews.

LaVonne was baptized on January 30, 1944 at Lutheran Church of Dell Rapids, SD. She was confirmed in the Christian faith in 1957 at First Lutheran Church, Colton, SD. She graduated from Colton High School in 1961 and attended clerical school in Sioux Falls, after which she moved to Washington, DC and worked in the Special Projects Office/Contracts Division of the Armed Forces. After two years in DC, she moved to Sioux Falls, SD and worked as a Secretary at the Armed Forces Recruiting Station. It was at that time in 1963 that she met her future husband, Donald Walz. After a year-long courtship, they become engaged and were married on September 4, 1964 at First Lutheran Church, Colton, SD. Their union was blessed with three children.

LaVonne and Don raised their family and spent their entire married life in Armour, SD and were active members of Redeemer Lutheran Church. While there, LaVonne was a self-made businesswoman, opening her first business, The Fabric Inn, in 1972. The business was successful for many years, and LaVonne’s reputation as an accomplished seamstress was widespread. Later, in the 1980’s, she and Don also opened and ran a hardware business, Walz True Value, for many years, while LaVonne operated a successful reupholstery side business out of their home. A declining economy forced the close of their businesses, and she worked for over a decade as a seamstress with Raven Industries, Inc. in Parkston, SD until Don’s death in 1992 and her subsequent move to Texas in 2004. While living with her daughter, Terri, and her family in Forney, TX, LaVonne worked at Bethel Lutheran Church, Dallas, TX, as an early childhood caregiver and later at Forney ISD as a “Lunch Lady” and a Special Needs Bus Aide. She retired in 2020 at the age of 77 due to her declining health issues. She was lovingly cared for by her children throughout her life and lived out her remaining days at home with Terri and her family until her death.

LaVonne was incredibly resourceful and talented. She was not only an accomplished seamstress, alterer, and reupholsterer, but also a gifted quilter, crocheter, and embroiderer, creating an innumerable number of doilies, table runners, quilts, blankets, afghans, potholders, hot pads, rugs, and clothes… and lovingly giving them all away to family, friends, and those in need. She was also a gifted actress. She and Don were members of the Armour Star Hams Community Theatre Group for well over a decade, sharing their acting and comedic talents in a wide variety of shows, including Harvey, Arsenic and Old Lace, and Dirty Work at the Crossroads, just to name a few. Their children have wonderful memories of spending their summers running lines and attending rehearsals. LaVonne was always a fan favorite!

More than her incredible and varied creative and artistic talents, LaVonne will always be known for her unwavering faith in Jesus Christ as her Lord and Savior throughout all of life’s hills and valleys, and her unending love, devotion, and loyalty to her family and her many friends. She always tried to help those in need and never complained during any of her struggles. She was a constant and never-ending source of strength, comfort, and love for her family, and will be dearly missed.

LaVonne’s cremains will be laid to rest next to her husband at St. Paul’s Lutheran Cemetery in rural Armour, SD.

The Lord giveth and the Lord taketh away. Blessed be the name of the Lord!

Share Your Memory of
LaVonne
Upload Your Memory View All Memories
Be the first to upload a memory!
Share A Memory
Send Flowers
Plant a Tree