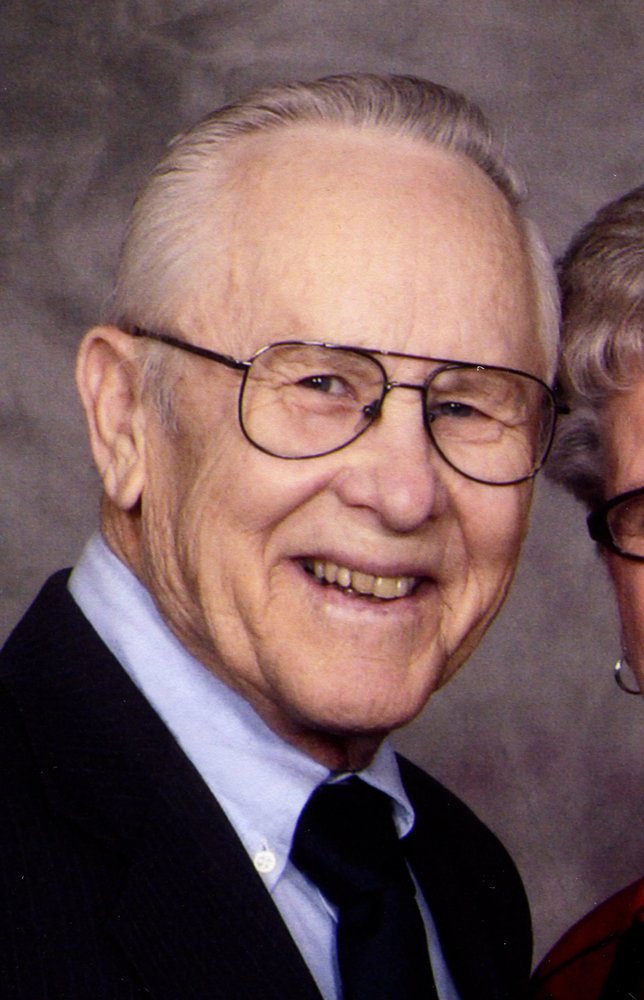 Please share a memory of Raymond to include in a keepsake book for family and friends.
View Tribute Book

Parkston – Raymond Carl Fischer, 91, went to his heavenly home Monday, September 21 at Avera Brady Health and Rehab in Mitchell. Due to Covid concerns, a public graveside service will be held Thursday, September 24 at 11:00 am at Parkston Protestant Cemetery in Parkston.

Raymond was born October 20, 1928 to Christ and Johanna (Drefs) Fischer in Douglas County. He grew up on the family farm and attended country school near there. After graduating from the 8th grade, he stayed on the farm to help his parents. He entered the United States Navy and served during the Korean War. After being honorably discharged, Raymond returned to South Dakota and continued to farm. He was united in marriage to Mildred Hanson on February 17, 1957 in Alexandria. The couple lived and raised their family on the farm southwest of Parkston. Raymond wanted to further his education and obtained his GED. He retired and moved into Parkston in 1996. Raymond enjoyed traveling and participated in 22 bus tours as well as several trips to the Black Hills. He was a farmer at heart, loved learning about history, was an avid sportsman, especially hunting, enjoyed putting jigsaw puzzles together and taking trips to the casinos. His greatest joys in life came from spending time with his grandchildren and great-grandchildren, whom he adored. Raymond went to his heavenly home Monday, September 21, 2020 at Avera Brady Health and Rehab in Mitchell at the age of 91.

He was preceded in death by his parents; 4 sisters, Hilda Semmler, Linda Dawes, Annette Van Dyke, and Dorothy Stahl; and 2 brothers: Elmer Fischer in infancy and Bernard Fischer.

Share Your Memory of
Raymond
Upload Your Memory View All Memories
Be the first to upload a memory!
Share A Memory
Send Flowers
Plant a Tree