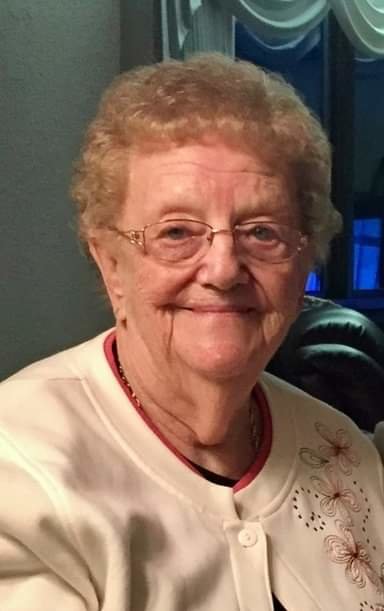 Please share a memory of Marie to include in a keepsake book for family and friends.
View Tribute Book

Corsica - Marie Noteboom, 99, died at Good Samaritan Society in Corsica on Thursday, October 8, 2020. There will be a private family ceremony. Arrangements by Koehn Bros. Funeral Home in Armour.

Marie Marjorie Noteboom was born on March 17, 1921 in Douglas County, SD to John and Jennie (De Vries) Bobeldyk. She attended school in rural Douglas County. On November 23, 1938 she married Martin W. Noteboom. To this union, three sons were born: Roger, Robert, and Larry. Marie operated the restaurant at Corsica Livestock for 27 years. She was a member of the Corsica Christian Reformed Church and Dorcas Society. She was always interested in keeping up-to-date with her 7 grandchildren, and 12 great-grandchildren, and 14 great-great-grandchildren (which included triplet girls).

Share Your Memory of
Marie
Upload Your Memory View All Memories
Be the first to upload a memory!
Share A Memory
Send Flowers
Plant a Tree