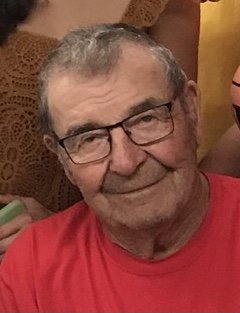 Please share a memory of Curtis to include in a keepsake book for family and friends.
View Tribute Book

Delmont - Curtis Buhler, 88, died at Dougherty Hospice House in Sioux Falls, SD on Wednesday, November 4, 2020. There was be a private family funeral service at Curt's farm on Saturday, November 7, 2020 with burial in Delmont City Cemetery near Delmont, SD.

Curtis Buhler was born on June 4, 1932 to Charles and Elizabeth (Faller) Buhler at home near Delmont, SD. He attended Buhler and Evans country grade school before graduating from Delmont High School in 1950. He entered the U.S. Army on August 20, 1952 serving during the Korean Conflict as a Corporal with the Military Police and was honorably discharged on August 5, 1954. He served in the U.S. Army Reserves for 8 years. He married Gloria Brown at the United Methodist Church in Delmont on March 20, 1955. Together, they lived west of Delmont where he farmed and raised cattle. Curt was a member of the American Legion Post-249 in Delmont and the American Legion Baseball Adj. He enjoyed farming, American Legion Baseball, playing cards, bowling and following his children's high school sporting events. He died at Dougherty Hospice House in Sioux Falls on Wednesday, November 4, 2020 at the age of 88.

He was preceded in death by his parents, infant daughter, Amy, 2 sisters, Marjorie Gaffin and Vera Nelson, and 2 brothers, Walter Buhler and Robert Buhler.

Share Your Memory of
Curtis
Upload Your Memory View All Memories
Be the first to upload a memory!
Share A Memory
Send Flowers
Plant a Tree