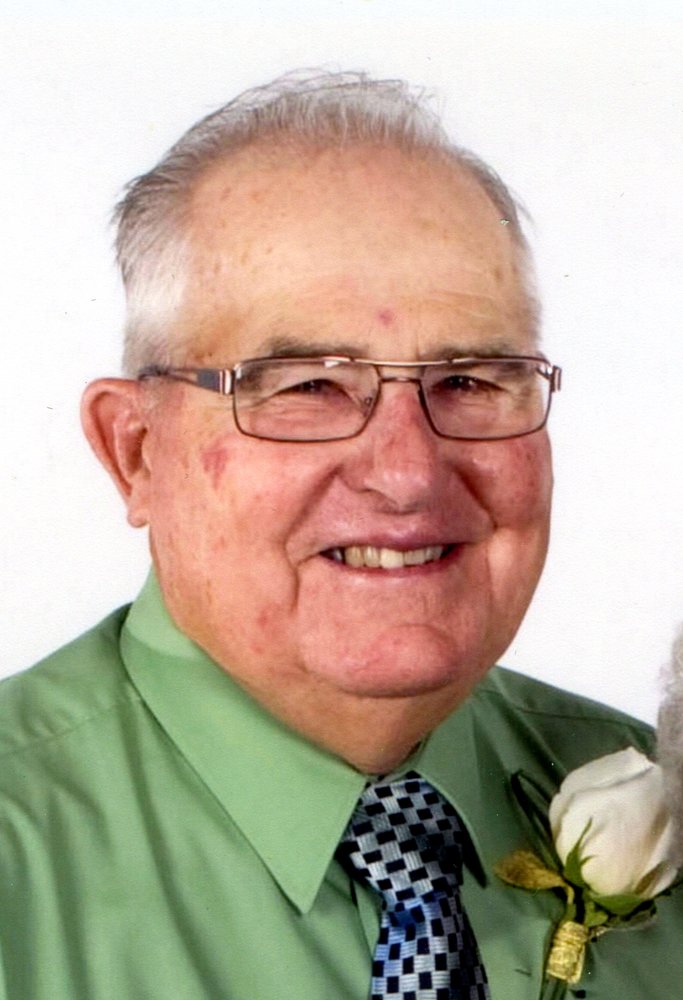 Please share a memory of Joseph to include in a keepsake book for family and friends.
View Tribute Book

Joseph Jay Dykstra, 82, went to his heavenly home Thursday, November 12 at Avera Queen of Peace Hopsital in Mitchell. Due to Covid concerns, a private, family service will be held Friday, November 20 at 10:30 am at Aurora Reformed Church in Aurora Center. The service can be live streamed at www.youtube.com and entering Aurora Reformed Church in the search. Arrangements by Koehn Bros. Funeral Home in Stickney.

Joseph was born on May 18, 1938 to Ralph and Stella (VanDeWeg) Dykstra on a farm in rural Aurora County. He attended Oaks Country School through the eighth grade.

On September 8, 1961, Joseph married LaVonne Bruinsma in Aurora Center. While on their honeymoon, he received his induction orders for the Army. He went to basic training at Fort Carson in Colorado Springs, and then Vonnie joined him in El Paso, Texas, where he was stationed at Fort Bliss for two years. While in the Army, Joseph received his GED. Daughter Karen was born in El Paso in 1963. After his discharge, they moved to Stickney where he began trucking for Punt Trucking. In 1965, they moved to a farm southwest of Stickney. Cheryl was born in 1965 and Steve in 1970. In 1985, Joseph and LaVonne moved to the farm where he grew up and he continued his farming career. In 2016 they moved to Stickney, where they lived at the time of his passing.

Joe’s faith in Jesus was the cornerstone of his life, and he took great comfort in knowing that at the end of his earthly life, his eternal life with his Lord and Savior was just beginning. Joe was a lifelong member of the Aurora Reformed Church where he served as an elder, deacon, and Sunday school teacher. He was active in the community, serving on the boards of the Stickney School, Aurora Co-op and Midstate Telephone Co.

Joe enjoyed baking cookies and generously shared them with many, many people over the years. He loved spending time with his wife and family, going for rides, coffee at the Aurora Center garage, ice cream, and sweets. For many years he mentored prisoners with Crossroads Prison Ministry by reading and critiquing their Bible study lessons. In his younger years, he enjoyed playing softball.

Memorials are preferred in lieu of flowers.

Share Your Memory of
Joseph
Upload Your Memory View All Memories
Be the first to upload a memory!
Share A Memory
Send Flowers
Plant a Tree