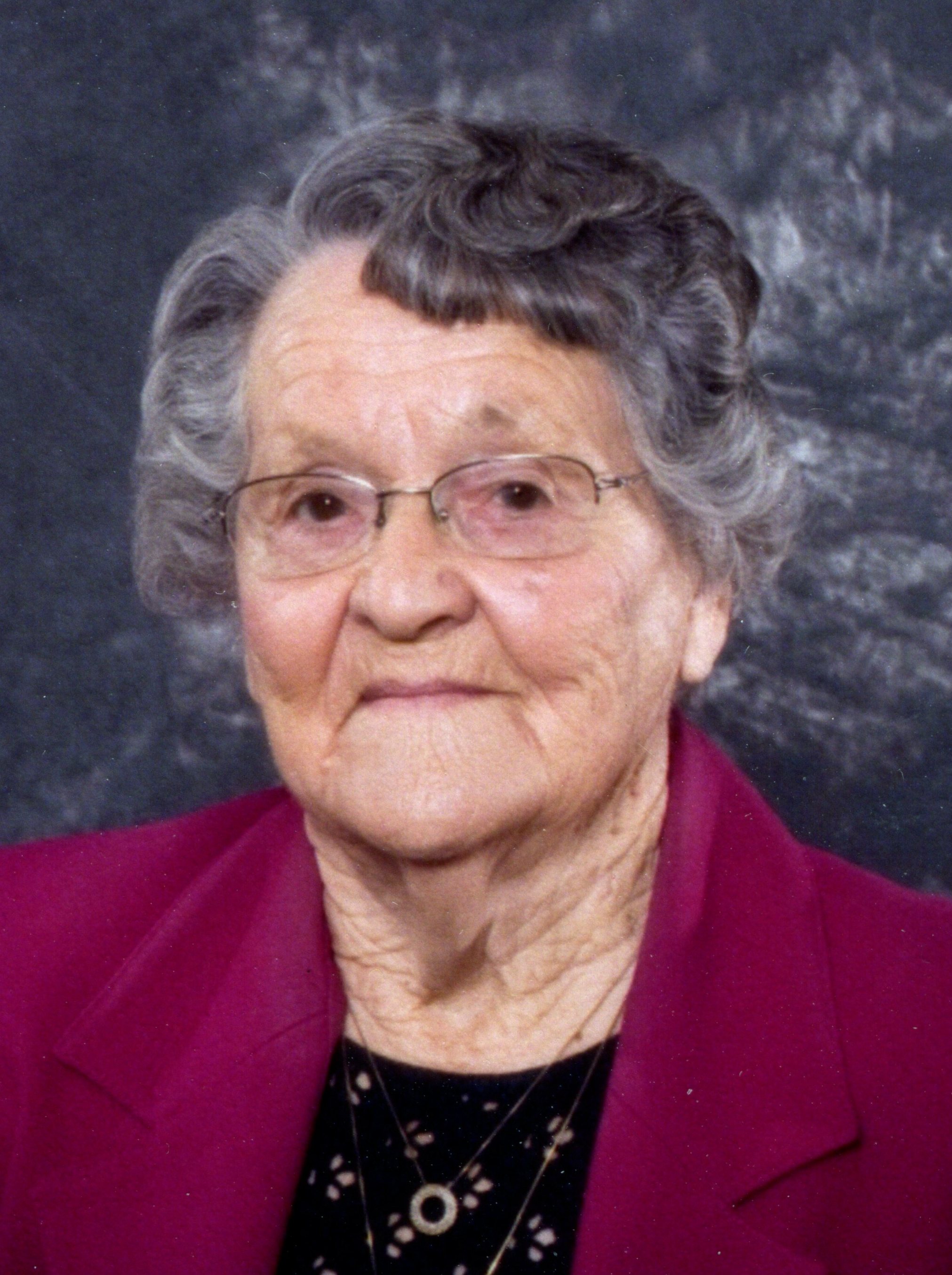 Please share a memory of Irene to include in a keepsake book for family and friends.
View Tribute Book

Corsica – Irene Nydam, 96, went to her heavenly home Sunday, November 15 at the Corsica Good Samaraitan Center. Funeral service will be Saturday, November 21 at 2:00 pm with visitation beginning at 12:30 pm at Aurora Reformed Church in Aurora Center.  Due to Covid concerns, the family is requesting masks be worn during the time of visitation and funeral ceremony.  The service can be live streamed at www.youtube.com and entering Aurora Reformed Church in the search.  Funeral arrangements by Koehn Bros. Funeral Home in Stickney.

Irene was born on the morning of December 25, 1923 to Ed and Marie (Brink) DeWaard at her parents home in Aurora County, SD. She attended school in Aurora County through the 8th grade. She liked helping her dad on the farm while also helping in area homes after the birth of a child, assisting mothers, babies and household chores. She was united in marriage to Herman Nydam on February 20, 1947 when he returned from the service after serving during World War II. They made their home on a farm west of Stickney where they farmed together. They moved off the farm to a small acreage in 1977 where they continued to raise hogs. In 2001, they retired and moved into Stickney. Irene enjoyed being a farm wife / housewife, gardening, fishing, sewing, quilting and sharing what she baked. She was a life member of Aurora Reformed Church where she was active with Dorcas Ladies Aid, Girls League and taught Sunday school.

In lieu of flowers, memorials would be appreciated to Aurora Reformed Church.

Share Your Memory of
Irene
Upload Your Memory View All Memories
Be the first to upload a memory!
Share A Memory
Send Flowers
Plant a Tree