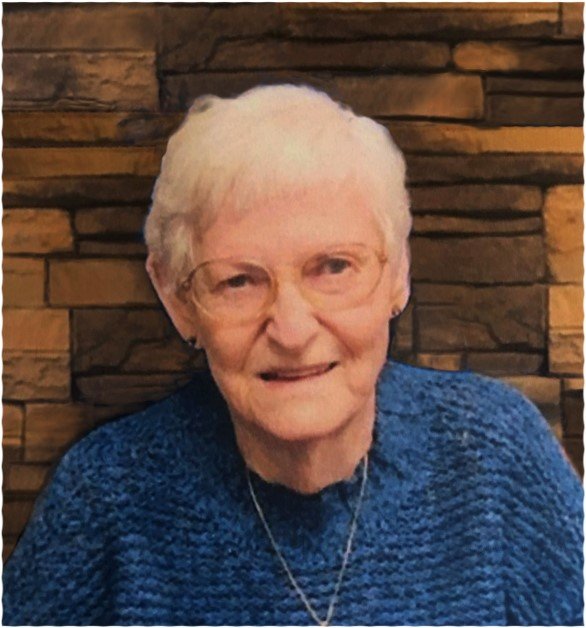 Please share a memory of Bernice to include in a keepsake book for family and friends.
View Tribute Book

Bernice Marie Jaeger, 86, passed away peacefully on November 16, 2020 at the Tieszen Memorial Home in Marion, SD.

Bernice Marie Jaeger was born in Platte, SD on December 30, 1933, to Dick and Bertha (Meyerink) VandenBos. When she was 3-months old, her mother Bertha passed away, and Bernice was raised by Henry and Nellie (Visscher) VandenBos, her aunt and uncle. Bernice attended country school for her first eight years and graduated from Platte Public School in 1951. In August of 1954, Bernice married Percy Boltjes. Born to this marriage were Deborah (Frank) Kohler, Ron (Ann) Boltjes, Dan (Huong) Boltjes, and Patsy (Dane) Hanson. Percy passed away on April 4, 1966. On August 4, 1970, Bernice married Harold Jaeger in Geddes, SD. Born to this marriage were Ann (Barry) Matthies, and Frank Jaeger.

Bernice’s main interests were her family and cooking. She worked for the United States Postal Service from 1967-1992.

Because of the Covid-19 risk to family and friends, there are no services planned at this time. Memories and expressions of sympathy may be extended to the family through koehnbrosfuneralhome.com. A short memorial service will be uploaded to their site as soon as it is available.

Share Your Memory of
Bernice
Upload Your Memory View All Memories
Be the first to upload a memory!
Share A Memory
Send Flowers
Plant a Tree