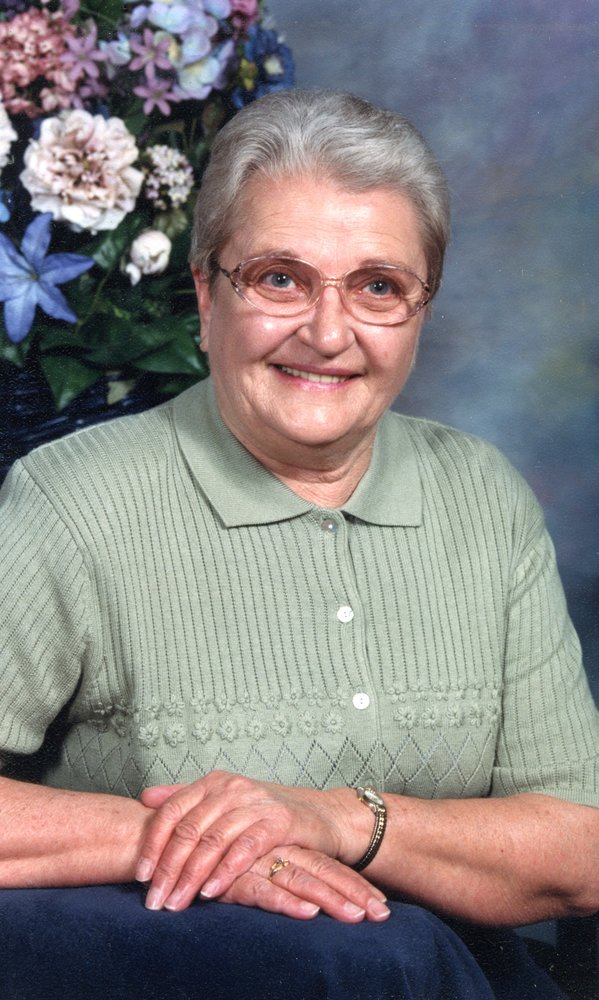 Please share a memory of Loretta to include in a keepsake book for family and friends.
View Tribute Book

Loretta Marie Reinfeld was born to Robert and Marie (Weisz) Grade on September 28, 1935 in Douglas County, SD. She was raised southwest of Delmont as an only child and graduated from Delmont High School. After graduation, she received a cosmetology degree from Stewarts in Sioux Falls, SD. On May 1, 1955, she married Lloyd Reinfeld. To this union, 4 children were born, Thomas, Richard, Sheila and Robert. Lloyd died on December 19, 1999. Loretta was a farmwife northwest of Delmont and worked at Delmont School as an aide in the kitchen. She enjoyed cooking kuchen as her specialty, playing bingo, bowling and time at the casino's. She enjoyed spending time with her grandchildren most of all. She died at Avantara Nursing Home in Armour on Sunday, November 29, 2020 at the age of 85.

She is survived by her 3 children, Thomas Reinfeld of Sioux Falls, SD, Sheila (Curt) Whitehurst of
Corsica, SD, and Robert (Martha) Reinfeld of Delmont, SD, 7 grandchildren and 5 great-grandchildren.

She was preceded in death by her parents, Robert and Maria Grade, husband, Lloyd, in-laws, George and Amanda Reinfeld, and son, Richard.

Share Your Memory of
Loretta
Upload Your Memory View All Memories
Be the first to upload a memory!
Share A Memory
Send Flowers
Plant a Tree