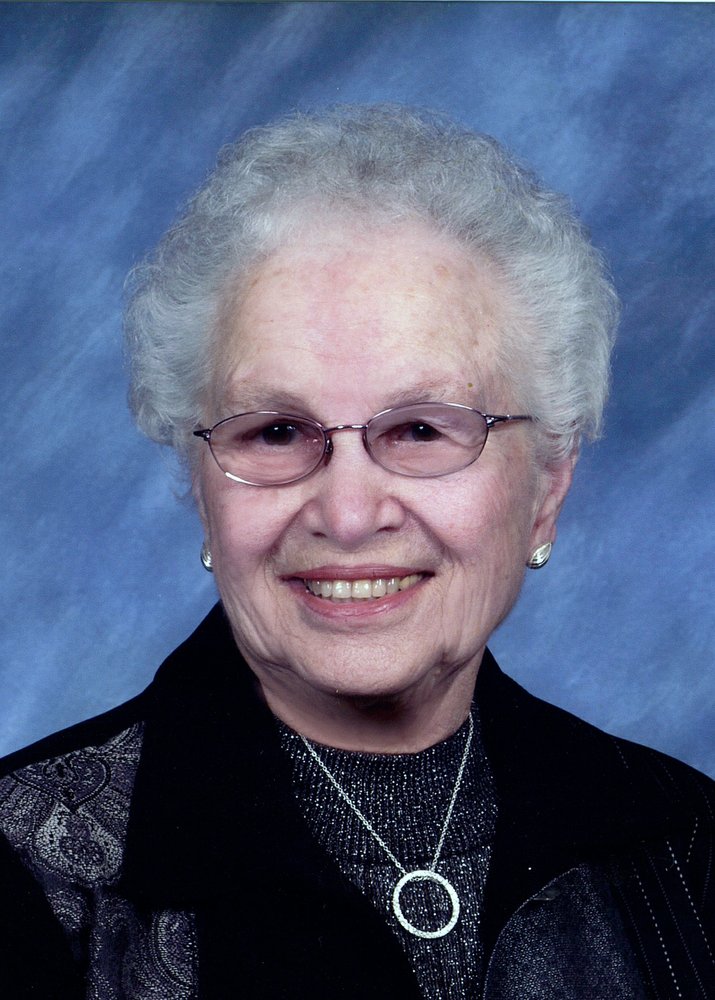 Please share a memory of Florence to include in a keepsake book for family and friends.
View Tribute Book

A private, family funeral service will be held Wednesday, December 23 at 1:00 pm at Immanuel Lutheran Church, rural Dimock, SD, with burial to follow in the Immanuel cemetery. Arrangement by Koehn Bros. Funeral Home in Parkston.

Florence Louise Reimnitz was born September 16, 1921, to William and Amelia (Moege) Reimnitz in rural Ethan, SD. She was baptized into the Christian faith at Immanuel Lutheran Church in October 1921, confirmed in July 1936, and was a lifelong member of the church. She attended rural school in the area and talked about walking to school during the dust storms of the Dirty 30s. She married Carl Struck on Nov. 18, 1941 at Immanuel Parsonage. Three weeks later Pearl Harbor was bombed and Carl was drafted and deployed to the South Pacific during WWII until December 1945. They farmed west of Dimock until Carl’s death in 1989. Florence moved to Parkston in 1990 where she enjoyed working at the Senior Citizen Center and was well known for her daily fresh baked pies. She moved to Sioux Falls in 2013. Florence enjoyed quilting, embroidery, baking, bowling, playing cards, church activities, and the Minnesota Twins.

She was preceded in death by her husband, Carl; son-in-law Brian Bernhard; granddaughter Valerie Bernhard; four sisters and their husbands, Amanda and Leroy Neugebauer, Anita and Robert Wegehaupt, Ruth and George Wegehaupt, and Leona and Ed Stahl; two brothers and their wives, Walt and Violet Reimnitz, Ray and Bess Reimnitz, and brother Ed Reimnitz.

Share Your Memory of
Florence
Upload Your Memory View All Memories
Be the first to upload a memory!
Share A Memory
Send Flowers
Plant a Tree