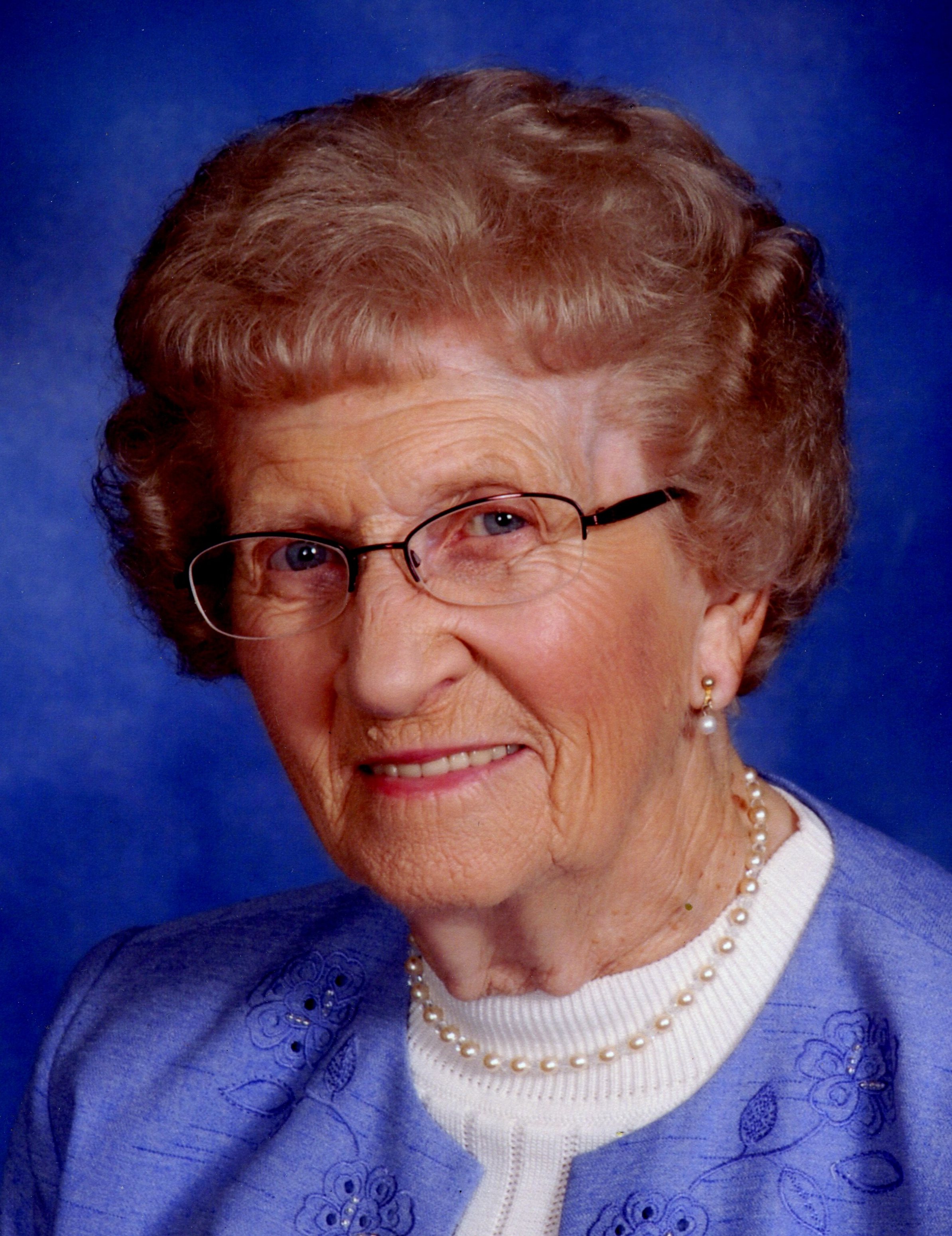 Please share a memory of Doris to include in a keepsake book for family and friends.
View Tribute Book

Doris was born August 16, 1927 to Mathias Neuberger Sr. and Leoboldina (Loos) Neuberger on the farm west of Parkston. She was the youngest of 11 children. She graduated from Parkston High School and attended Notre Dame College in Mitchell as well as Presentation College. She worked one year for Northwestern Public Service. She was united in marriage to James J. Heisinger on June 7, 1949 at the Catholic Church in Parkston and made their home two miles east of where she was born. She was a housewife, farmwife and mother who helped with milking cows, gathering eggs, shocking grain as well as gardening, sewing, cooking, baking and caring for her family. They had three children and were married for 50 years until James passed away in 1999. After the children were older she worked in the housekeeping department at St. Benedict Hospital and Bormann Manor until she retired. After retiring from there she worked part time at the Senior Center and volunteered many years at Bormann Manor. She was a member of Sacred Heart Catholic Church, a member of the Altar Society, the American Legion Auxiliary and a life member of the Catholic Daughters of America . She enjoyed playing cards, going to dances and visiting with neighbors. She left the farm and moved into Parkston in 2001.

Share Your Memory of
Doris
Upload Your Memory View All Memories
Be the first to upload a memory!
Share A Memory
Send Flowers
Plant a Tree