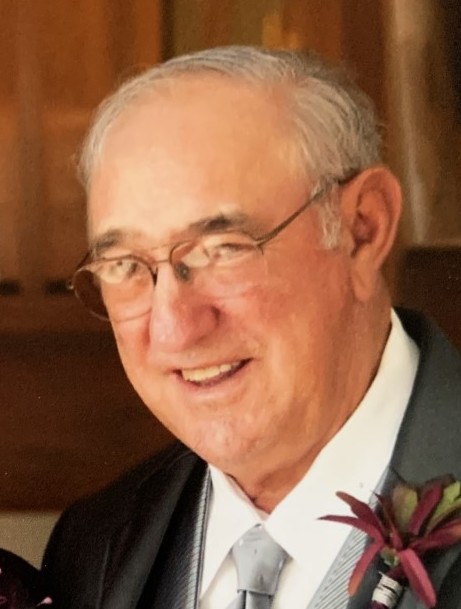 Please share a memory of Wilmer to include in a keepsake book for family and friends.
View Tribute Book

Wilmer was born December 14th 1935 Northeast of Parkston to Carl and Pauline (Fuerst) Baumiller. In 1956 he joined the Navy and was stationed on the U.S.S Polk County for two years.

On November 10, 1959 he married Margaret Nehonsky at Vodnany Catholic Church in Scotland, SD.

Wilmer farmed for 37 years before retiring and moving off the farm in the spring of 1993.

After his retirement, he worked at Farmer’s State Bank for 12 years and also made it a point to hop on the four-wheeler and do his daily rounds around the farm to make sure things were operating as they should be.

Wilmer served on the Farmers Elevator Board and was a member of the VFW. He was a long-time member of Salem Lutheran Church where he served on the church council and had a strict rule for every pastor that the sermon should not last any longer than one hard candy.

Wilmer loved bowling, playing horseshoes, and road trips to the casinos with friends. What he loved most of all, was spending time with his grandkids: Ashely (Josh) Villella, Matthew Kludt, Jake Nordenberg, Logan Nordenberg, Emily Nordenberg, Brady Baumiller, and Izzi Baumiller, and his great-grandkids: Ben and Alex.

Share Your Memory of
Wilmer
Upload Your Memory View All Memories
Be the first to upload a memory!
Share A Memory
Send Flowers
Plant a Tree