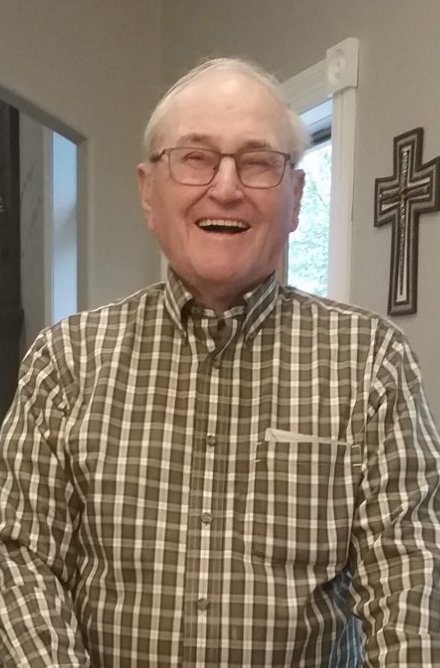 Please share a memory of Milton to include in a keepsake book for family and friends.
View Tribute Book

Parkston - Milton Richard Freier, 95, went to his heavenly home on Thursday, February 17, 2021 at Avera Bormann Manor in Parkston. There will be a private family service at a later time.

Milton Richard Freier went to his heavenly home, Wednesday, February 17th at Avera Bormann Manor in Parkston, SD at the age of 95.  Milton was born May 21, 1925 to Richard and Beatha (Leischner) Freier on the family farm in Delmont, SD.  He attended school at  Freier #88 Country School near Delmont.  He married Elaine Decker on August 22, 1948 in Parkston, SD and started their life together in Delmont, SD.  In 1956, Milton and Elaine moved to a farm in Parkston, SD where they raised cattle, dairy cows, sheep, hogs and chickens, as well as raised corn, oats and soybean crops.  Four children were born to this union, 3 sons and 1 daughter.

Milton was very active as a member of the Parkston Congregational Church.  He enjoyed singing in the Men's Choir, taught Sunday school and served on multiple church committees.  Milton served many years on the Turner Hutchinson Electric Board, Heartland Board, Agland Coop Board, Hutchinson County Fair Board, and was a 4H Leader in Hutchinson County.  A scholarship fund, awarded annually, was established by Milton and Elaine, in support of the Pharmacy Program at South Dakota State University.  His wife of 69 years, Elaine Freier, passed away November 17, 2017.  Milton's greatest joy was spending time with his grandchildren and great grandchildren.

He was preceded in death by his parents; wife, Elaine; son, Douglas; 2 great-granddaughters: Keelyn and Ashlyn Klinkhammer; and 2 sisters, Luella Sprecher and Gertrude Carstens.

Share Your Memory of
Milton
Upload Your Memory View All Memories
Be the first to upload a memory!
Share A Memory
Send Flowers
Plant a Tree