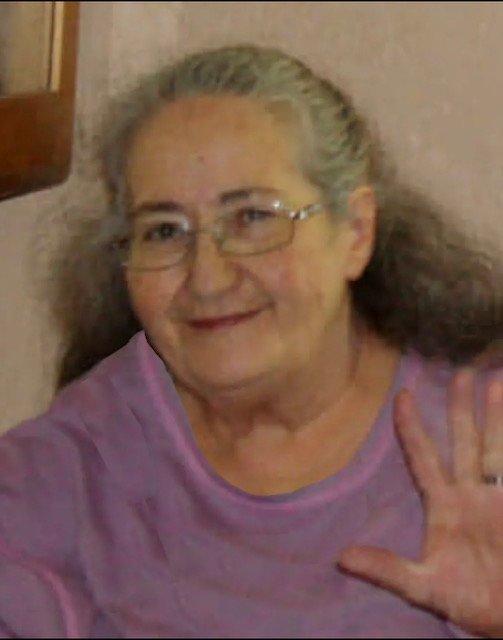 Please share a memory of Peggy to include in a keepsake book for family and friends.
View Tribute Book

White Lake – Peggy Lee Moran, 69, went to her heavnly home Sunday, March 14 at the Good Samaritan Center in Corsica. Funeral service will be Tuesday, March 23 at 1:00 pm, visitation beginning at 11:00 am, at the United Methodist Church in White Lake. Arrangements by Koehn Bros. Funeral Home in Stickney.

Peggy Lee (Bowers) Moran was born April 17, 1951 to Harold and Pearl (Nightingale) Bowers in Spencer, Iowa. She grew up with her two sisters, Joni and Charlene, in White River, South Dakota.

She attended school in White River, South Dakota before leaving school early in 1965 to follow her heart.

Several foster children also found a home with this family.

Peggy worked several different jobs- including assisting with health care at family owned Bowers Nursing Home, a cook at the White River School, a cashier, provider of child care and running Moran Auto Salvage with Roy until 2010 when Roy was injured and no longer able to work. At that time their sons took over the family business fully and Peggy became a care provider for Roy. After his death is 2013, Peggy lived independently for a time in White River before moving to Mitchell, South Dakota and traveling around the state so that she could spend time with her children, several grandchildren and great grandchildren.

Peggy was known for her laugh, her ability to show love to everyone, her cooking, her puzzle books and random games with her children. She enjoyed a good conversation, a game of cards or a board game. She always had an open seat and an extra cup of coffee for anyone. Her long, heartfelt calls with her loved ones and her calming demeanor will be greatly missed.

On March 14, 2021 Peggy succumbed quickly to failing health after a day surrounded by her children, grandchildren and great grandchildren at the Good Samaritan Society Nursing Home, in Corsica, South Dakota, where she had gone a short time before for the intent of physical therapy needs.

Share Your Memory of
Peggy
Upload Your Memory View All Memories
Be the first to upload a memory!
Share A Memory
Send Flowers
Plant a Tree