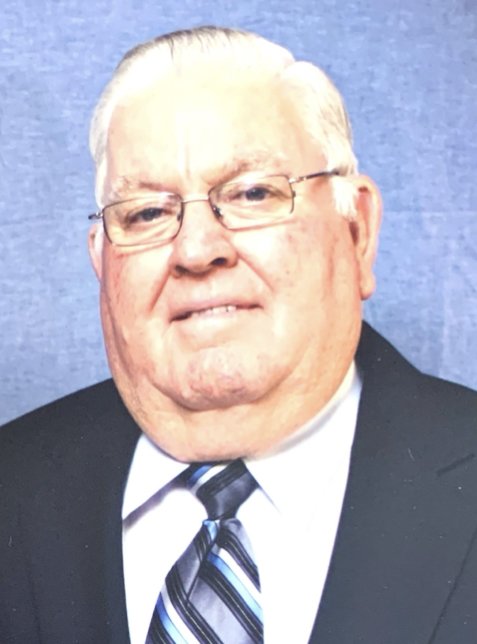 Please share a memory of Virgil to include in a keepsake book for family and friends.
View Tribute Book

Virgil Fuerst, age 84, of Armour, South Dakota passed away Saturday, April 10, 2021 at the Douglas County Medical Center in Armour. Funeral service will be held at 11 a.m. Wednesday, April 14, 2021 in the Armour Community Church. Burial will be in Pleasant Ridge Cemetery. Visitation will be one hour prior to the service in the church. The Koehn Brothers Funeral Home of Armour is in charge of the arrangements.

Virgil Fuerst was born May 29, 1936 in Charles Mix County the son of Thafel and Mary (Armfield) Fuerst. He grew up on the family farm outside of Armour where he attended school and graduated from the Armour High School in 1955. After high school, Virgil attended college in Springfield and also joined the National Guard serving from 1955 to 1964. Following his college, he came home to work the family farm. He was married to Shirley Weisser November 15, 1959 in Delmont, South Dakota. They farmed and raised livestock near Armour and later moved into Armour.

Virgil was a member of the American Legion in Geddes and the United Church of Christ now known as the Armour Community Church. He enjoyed hunting, fishing, camping and attending polka dances.

He was preceded in death by his parents; mother-in-law and father-in-law, Emil and Elsie Weisser;  one sister, Darlene Raysby; two nephews; brothers-in-law, Darold Weisser, Harvey Wormsbecher and Neil Raysby.

Share Your Memory of
Virgil
Upload Your Memory View All Memories
Be the first to upload a memory!
Share A Memory
Send Flowers
Plant a Tree