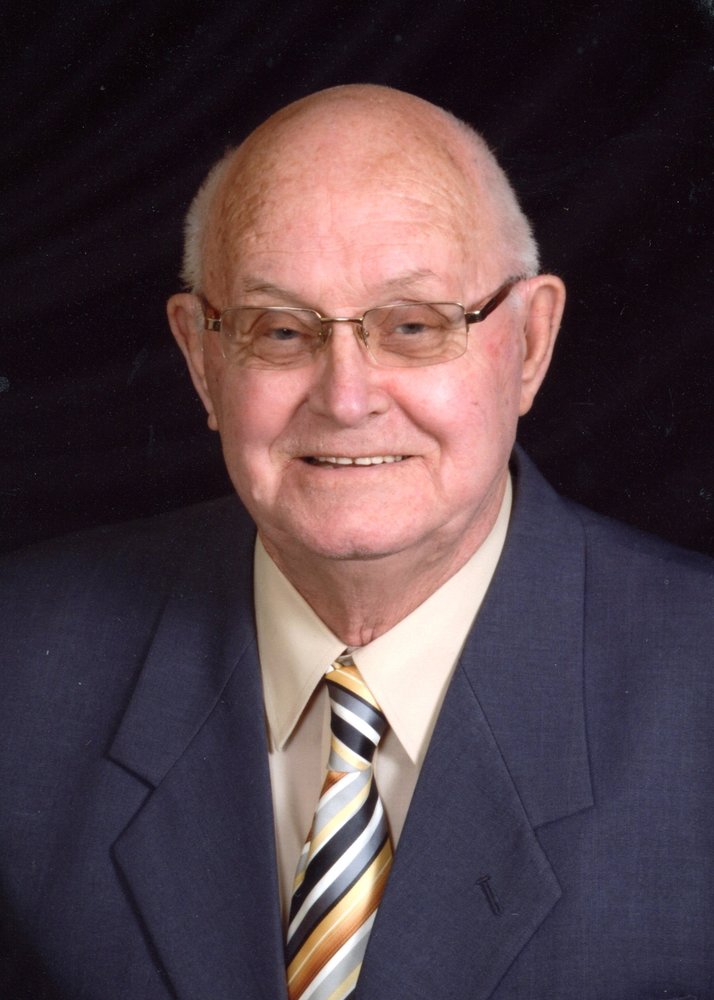 Wilfred "Bill" Morris Vanden Hoek was born on January 16, 1939 to Ben and Margaret (Beukelman) Vanden Hoek on the family farm near Corsica. He attended country school near Corsica and graduated high school through a home mail school.  Bill was baptized and was a life long member of the RCA in Harrison and Corsica where he served the Lord as both elder and deacon. He married Wilma VanZuidam on April 18, 1957. To this union 4 children were born. They lived in Mitchell, White Lake, New Holland where he worked various jobs. They moved to Corsica in 1962 where he worked at Kredit Ford, Douglas County Highway Department and Corsica Public School. In 1972, they bought Hoekman's Store which they owned and operated Bill's Market for 24 years before retiring and spending the winter months in Mesa, AZ for 19 years. He looked forward to winter and spending time with their friends in the 'warm country'. He loved visiting with people wherever he went. He also enjoyed fishing, camping, golfing and going on vacation with family and friends. He like to do home improvement projects at home and in Arizona with John VanDalen and had various summer jobs. He served the public as an EMT, Fireman and Commercial Club member. He passed away at Good Samaritan Society in Corsica on Thursday, April 22, 2021 at the age of 82.

He was preceded in death by his parents, infant daughter, Marlene Ann and brother, Norman Vanden Hoek.