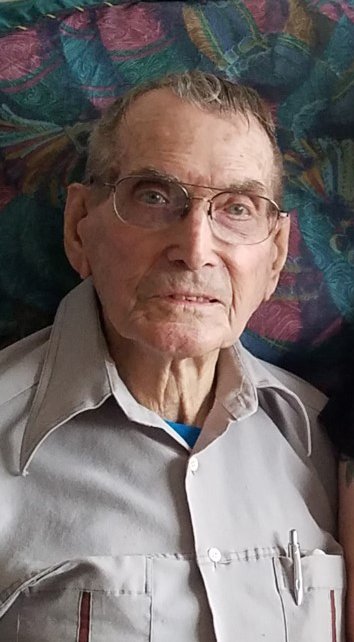 Please share a memory of Ralph to include in a keepsake book for family and friends.
View Tribute Book

Ralph Rex Winter was born  on August 9, 1925 on the north shore of Lake Alice near Altamont, SD to George and Mary "Dumke" Winter. Rex was the youngest of seven sons. He attended Prairie Queen School until the family moved to Altamont where he attended Altamont Public School for three years and graduated from Clear Lake High School in 1943. He graduated from a summer course on Rural Development at the University of Illinois in Champagne, IL.  Rex farmed with his brother on the family farm after his father's retirement. He worked for a turkey farm near Watertown, gas station and seined fish. He worked at the Coca-Cola Bottling Company until getting transferred to the Mitchell plant where he was a salesman for 8 years, then was a salesman for Fenn's Ice Cream. He married Ruth Sherman on June 14, 1948 in Goodwin, SD. They lived in Mitchell for 16 years where they were members of the Baptist Church. They moved to Armour in 1964 and bought Smith Motel, which they later named Motel 281 and operated it for 43 years. Rex was a member of the Armour Commercial Club, Development Corporation, Area Wide Business Council, Planning and Development Board, City Council, Mayor, Douglas County Commissioner, Randall RC&D, South Dakota RC&D  Association, South Dakota Lakes and Streams, South Central Water Development District, Armour Senior Citizens and Community Action Program. He enjoyed reading, gardening, flowers and cats. He died at Avantara Nursing Home in Armour on Thursday, May 27, 2021 at the age of 95.

He is survived by a daughter, Rhonda Lou Winter and husband, Christopher Krebs, grandson, Zachary Honomichl, and many nieces and nephews.

He was preceded in death by his wife, Ruth, parents, and brothers, Emery, Delbert, Elmer, Albert, Harvey and Vernon.

Share Your Memory of
Ralph
Upload Your Memory View All Memories
Be the first to upload a memory!
Share A Memory
Send Flowers
Plant a Tree