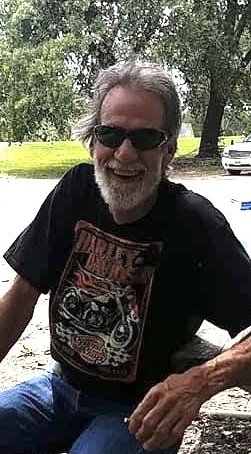 Ronald J. Loneman was born on December 21, 1959 to Virgil and Gertrude (Stunes) Loneman in Armour, SD. He graduated from Armour High School in 1978, then attended Mitchell Technical Institute. He worked in the oil fields in Wyoming before moving to Houston, TX where he was the director of Humane Society. While in Texas, he fought regulations and made it illegal to use decompression chambers on animals. He moved back to South Dakota where he worked as a welder at Wilson trailers in Yankton. He met Hope Conger on July 4, 1994 and the couple were married on July 17, 2009 on their farm near Delmont, SD. Ron worked drove grain truck, worked at Parkston Scrap and Steel, Mid River Pork and MDS. He was a member of St. Paul the Apostle Catholic Church in Armour. He enjoyed hobby farming where he raised tigers, lions, peacocks and horses, riding motorcycles, fishing, hunting, horseback riding and whiskey shots. Later in his life, he gained a daughter, Cheyanne Buck and her son, Maverick, and 3 special kids, Lane, Kelly and Ty. He died at Douglas County Memorial Hospital in Armour on Monday, July 5, 2021 at the age of 61.

He was preceded in death by his parents, 2 sisters, Jeannie Loneman and Barbara Loneman, mother-in-law, Carol Storm, and nephew, Josh Loneman.