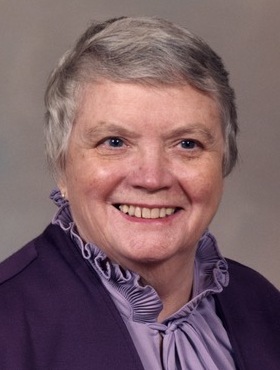 Please share a memory of Thelma to include in a keepsake book for family and friends.
View Tribute Book

Armour – Thelma Price, 91, passed from the loving arms of her family to her Almighty Father on Sunday, July 18, 2021 at Douglas County Memorial Hospital in Armour. There will be a public commital Thursday, July 22 at 10:45 am in Pleasant Ridge Cemetery in Armour followed by a Celebration of Thelma’s life at 11:00 am at Armour Community Church in Armour. Visitation will be Wednesday, July 21 from 6 to 8 pm with a 7:00 pm prayer service at Armour Community Church in Armour. Arrangements by Koehn Bros. Funeral Home in Armour.

Thelma was born January 2, 1930, to John and Lottie (Miller Himes) Faughender in Armour, South Dakota. After the passing of her father, at age 3 she was raised by her mother and her six older siblings: Clair Himes, Pauline Himes, Worthy, John, Gene, and Arlene (Rothenberger). She attended Armour public schools and graduated in 1949. With an interest in the medical field, she worked at the Armour Clinic for thirty-eight years and occasionally at the Douglas County Memorial Hospital. During her career, she had a natural aptitude for the medical lab and nursing profession. On June 20, 1963, Thelma Faughender married Dr. Ronald Price at her mother’s home on the corner of Huston and First streets. The newlyweds’ dream of building a home for hosting gatherings of colleagues, family, and friends came true in 1968. Even after Dr. Price’s death in September 1991, she continued to host special occasions until moving to the Prairie Villa in 2016.

Thelma supported all aspects of the Armour community. She was a member of the United Church of Christ (Armour Community Church) and the Royal Neighbors of America. Promoting Armour was her life-long commitment. Hobbies that she enjoyed were gardening, oil painting, China painting, and passing along good stories or jokes at gatherings. A humorous observation she made of her clinic years was about all of the diapers she changed. From the Baby Boomers to the Millennials, Thelma knew more about the backsides of Armourites than anyone!

Thelma is survived by two sisters-in-law, numerous nieces and nephews, and their families.

Share Your Memory of
Thelma
Upload Your Memory View All Memories
Be the first to upload a memory!
Share A Memory
Send Flowers
Plant a Tree