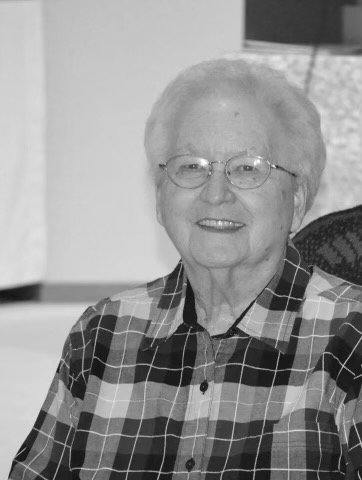 Please share a memory of Marlene to include in a keepsake book for family and friends.
View Tribute Book

M. Marlene Hysell was born on January 16, 1934 to Clyde and Josephine (Briedenbach) Biggins in Geddes, SD. She attended St. Ann's Catholic School and Geddes High School. She married Harlan Hysell on March 18, 1952 in Geddes. The couple lived in Geddes where Marlene stayed home to raise their 5 children. Marlene worked at Melmers Market, Red Oak Bar in Geddes, Lake Andes Healthcare Center as a cook, and retired from Geddes School in 2004 where she worked as a cook. Harlan died on October 13, 2018. Marlene was a member of St. Ann's Catholic Church and Altar Society in Geddes, the Senior Citizens, and Geddes Civic Club. She enjoyed attending her grandchildren's events, playing cards and watching polka music on TV. She died at Good Samaritan Center in Corsica on Thursday, August 12, 2021 at the age of 87.

She was preceded in death by her parents, husband, Harlan, and brother, John and his wife, Marianne Biggins.

Share Your Memory of
Marlene
Upload Your Memory View All Memories
Be the first to upload a memory!
Share A Memory
Send Flowers
Plant a Tree