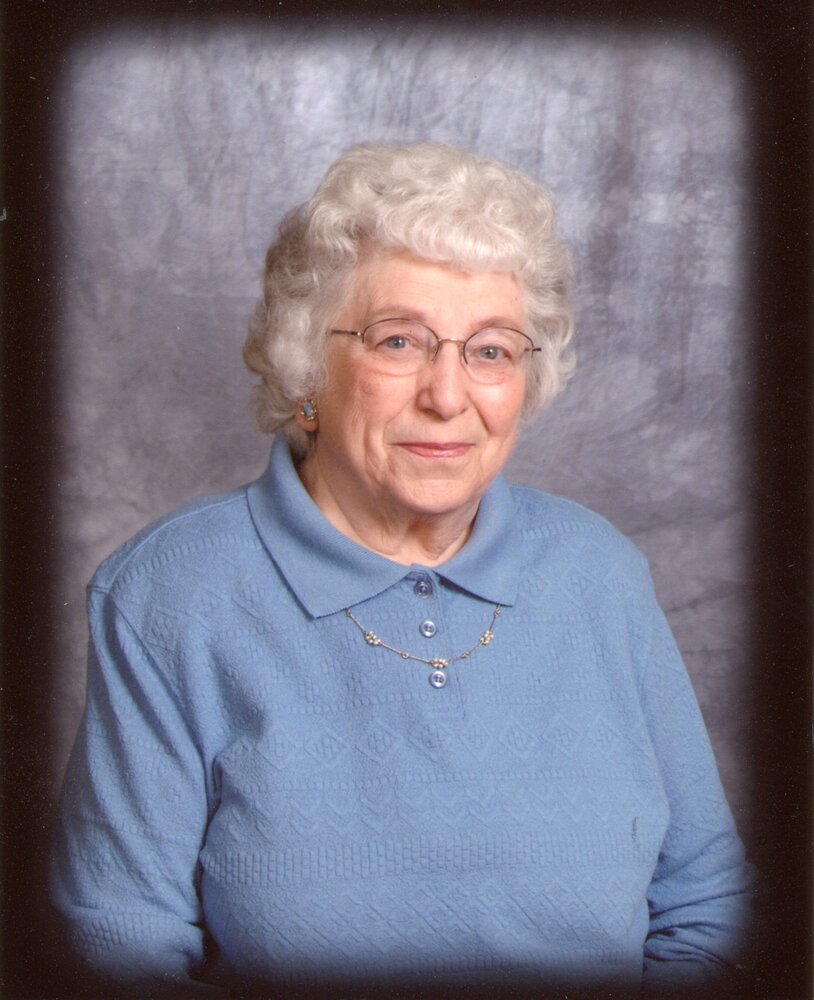 Please share a memory of Jewel to include in a keepsake book for family and friends.
View Tribute Book

Stickney - Jewel Eppendanz, 88, died at Good Samaritan Society in Corsica on Thursday, September 30, 2021. Funeral service will be Monday, October 4, 2021 at 10:30 AM at St. Paul Lutheran Church in Stickney with visitation an hour prior to the service. Committal service will follow the funeral at Silver Ridge Cemetery in Stickney. Arrangements by Koehn Bros. Funeral Home in Stickney.

Jewel Eppendanz was born on November 11, 1932 on a farm near Letcher, SD to Harvey and Mary Johnson. She was the first girl after 5 boys (the reason for the name Jewel). She also had two brothers and a sister born after her. Jewel was baptized at Trinity Lutheran Church and confirmed at Victor Lutheran Church, both near Mt. Vernon, SD. On June 19, 1949 she was united in marriage to Raymond (Skip) Eppendanz. To this union, 3 children were born, Mary, Marjean and Dale. The couple lived on a farm in Aurora County until August of 1998 when they moved to Stickney. After moving to town, Jewel worked at Helping Hands as a home health aide and janitor of St. Paul Lutheran Church. She died at Good Samaritan Society in Corsica on Thursday, September 30, 2021 at the age of 88.

She was preceded in death by her parents, husband, Raymond in August of 2001, son, Dale in July of 2015, in-laws, Frank and Annie Eppendanz, brothers, Delbert, Mearl, Hurley, Norman, Ronald and Charles, sister-in-law, Viola Eppendanz, and great-grandson, baby Dennis.

Share Your Memory of
Jewel
Upload Your Memory View All Memories
Be the first to upload a memory!
Share A Memory
Send Flowers
Plant a Tree