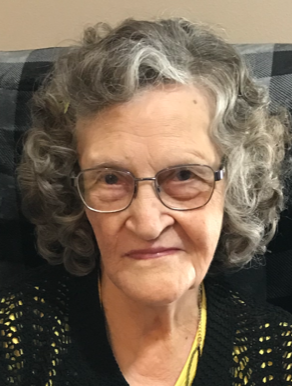 Please share a memory of Jennie to include in a keepsake book for family and friends.
View Tribute Book

Jean was born on February 9, 1933 to Herman and Jennie (Kaptein) Zomer at home in Douglas county.  She attended a rural country school by Grandview SD. On December 5, 1951 she married Cornie Blom of Rock Valley IA. After their marriage they lived for a short while in Rock Valley and then moved to a farm near New Holland until retiring in 1993. She then moved to town in Corsica with her husband. She was a life long member of the Netherlands Reformed Congregation, where she was a member of the Rebecca Circle. She loved her family and greatly appreciated visits from her children and grandchildren. She died at the Good Samaritan Nursing Home in Corsica SD at the age of 88 on October 14, 2021.

She was proceeded in death by her husband Cornie Blom, parents, brother Chet Zomer, infant brother and Infant granddaughter Abbie.

In lie of flowers, memorials may be given to the Netherland Reformed Christian School.

Share Your Memory of
Jennie
Upload Your Memory View All Memories
Be the first to upload a memory!
Share A Memory
Send Flowers
Plant a Tree