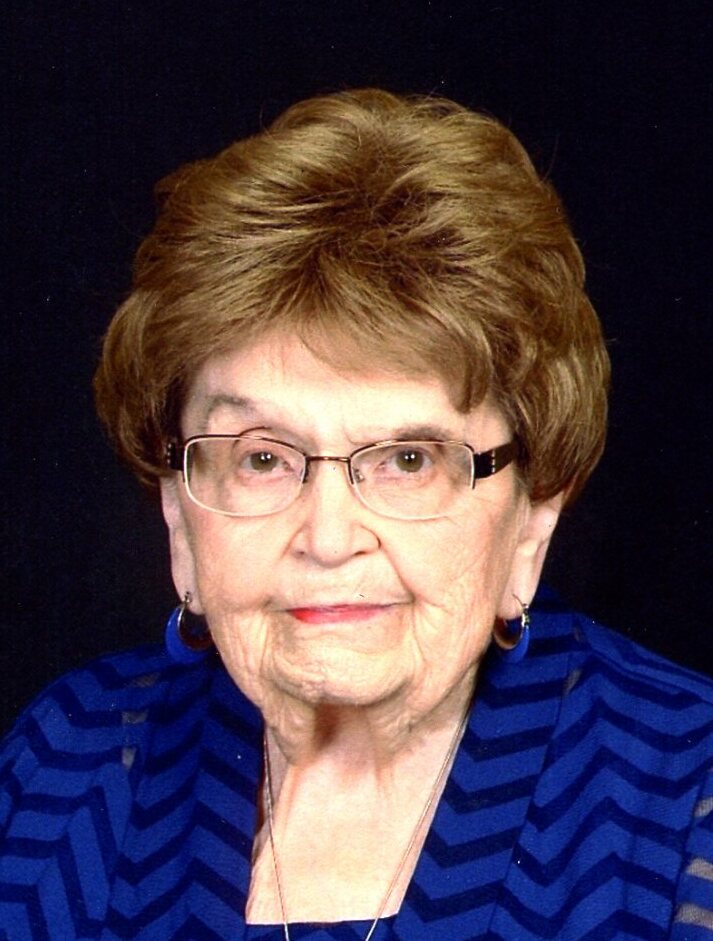 Please share a memory of Ruth to include in a keepsake book for family and friends.
View Tribute Book

Parkston – Ruth Ann Sudbeck, 94, went to her heavenly home Tuesday, November 16 at Avera Bormann Manor. Funeral mass will be Monday, November 22 at 10:30 am at Ss. Peter & Paul Catholic Church in Dimock. Visitation will be Sunday, November 21 from 4 to 6 pm at Koehn Bros. Funeral Home in Parkston.

Ruth Ann Sudbeck was born April 29, 1927 to Raymond and Maye (Breckweg) Bowar on the family farm near Dimock, SD. She grew up on the farm and attended Ss. Peter & Paul Parochial School in Dimock. She was united in marriage to Norbert Sudbeck on June 18, 1947 in Dimock. The couple made their home on a farm near Dimock. After Norbert's passing on March 22, 1976, Ruth began working as a cook for Parkston High School. After living on the farm for many years, she moved into Parkston in 1987. Ruth retired form the school in May, 2004. She was a member of Ss. Peter & Paul Catholic Church and Altar Society and enjoyed sewing, quilting, gardening and attending ball games. Ruth went to her heavenly home Tuesday, November 16, 2021 at Avera Bormann Manor in Parkston at the age of 94.

She was preceded in death by her parents; husband, Norbert; a son, Charles in infancy; a grandson, Jason; 3 brothers, Vincent, Eddie and Donnie; and 3 sisters, Lorraine, Kathy and Alvina.

Share Your Memory of
Ruth
Upload Your Memory View All Memories
Be the first to upload a memory!
Share A Memory
Send Flowers
Plant a Tree