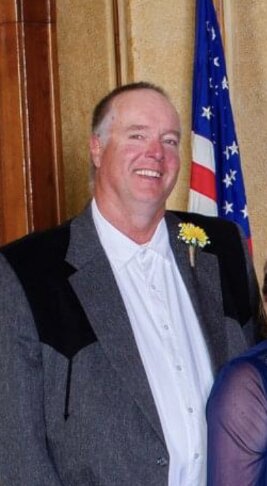 Please share a memory of Steven to include in a keepsake book for family and friends.
View Tribute Book

Steven John Lau was born on May 4, 1961 to Marvin and Alma (Drefs) Lau in Parkston, SD. He attended country school through the 8th grade, then graduated from Armour High School  in 1979. He attended SDSU in Brookings, SD for a year before returning to the family farm to farm with his dad. In 1983, he met the love of his life, Sandra Reinesch. The couple were married on October 26, 1984 at Holy Family Catholic Church in Mitchell. To this union, 4 children were born, Emily, Ryan, Courtney and Trevor. The couple purchased their farm near Delmont where they farmed until Steve passed away. Steve was a member of St. Peter Lutheran Church where he served on the council, taught Sunday School and was a youth group leader. He served on the Belmont Township Board for many years and was a county commissioner. He enjoyed reading, hunting and trap shooting. Steve enjoyed spending time with his family as he was proud of his children's  accomplishments and was a proud grandpa. He enjoyed making brunch for his family on  Sunday's after church. Steve read his bible every morning and was a prayer warrior, praying for anyone in need. He enjoyed all God's creations, especially watching the crops grow and all God provides his people. Steve passed away on Saturday, November 27, 2021 at Sanford Hospital in Sioux Falls after a long battle with cancer at the age of 60.

He was preceded in death by his mother, Alma Lau on July, 17, 2021, sister-in-law, Kristin Lau, and in-laws, James and Shirley Reinesch.

Share Your Memory of
Steven
Upload Your Memory View All Memories
Be the first to upload a memory!
Share A Memory
Send Flowers
Plant a Tree