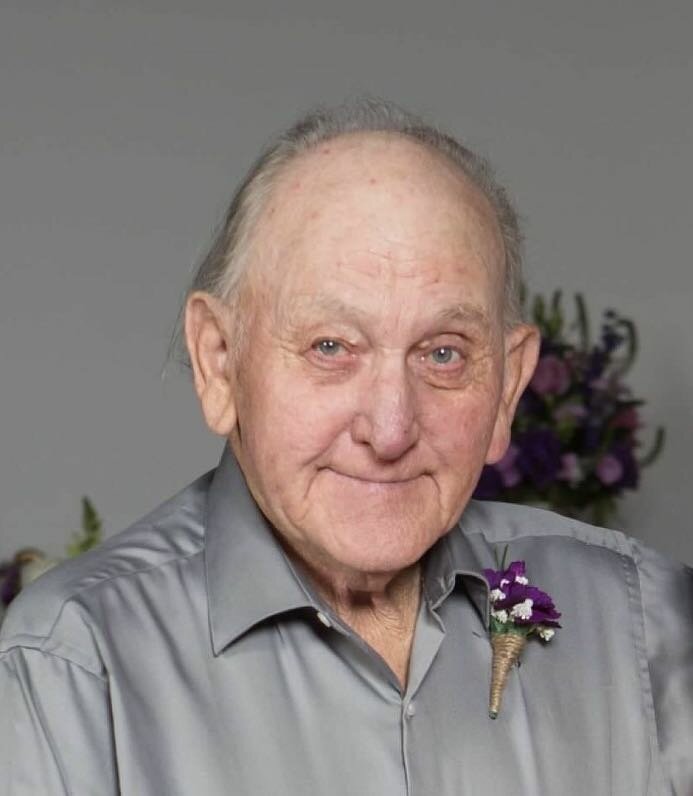 Born August 12th, 1938 in Burke, S.D. to Rudolph and Clara Kulm, Ronnie was a fun-loving, ornery, caring, kind soul from beginning to end. He was the first-born son of four children, 2 brothers and 1 sister.

In his early years, Ronnie attended country school and then Naper High School where he graduated in 1956.

Ronnie was very proud of his military service and loved to tell the stories of his adventures during this time. He entered the Army in 1962 and served in Germany for two years. At first very homesick for life back on the farm, Ronnie soon learned to enjoy his time in the military , using his German speaking skills, drinking German beers, and sharing his mechanical knowledge. He was proud of all the top-level responsibilities he was given quickly during his military time. It is no surprise that they quickly realized Ronnie was a trustworthy, intelligent, hard-working Nebraska farm boy with many invaluable talents.

After the Army, he returned to his dearly loved family farm outside of Naper, Nebraska where he worked with his Uncle Otto Ahlers for many years. He raised, grew, fixed, and built so many things on the farm, but primarily he raised cattle and grew various crops. He was so very proud of his family’s “beautiful farm”. He spoke of his love for this land all his life and even in his final days. His strong hands are the proof of the years of hard work on that beloved farm.

On March 20th, 1965, Ronnie married Arzella Woerpel and then split his time between the family farm and his home in Fairfax, SD that he shared with his wife, Arlie and happily raised six children. After a lifetime of being a farmer, Ronnie moved from the family farm to Fairfax, full time. He managed the Highway Service Station in Bonesteel, S.D. and then worked at National Farms in Atkinson, Nebraska. After the many, many years of hard work and long, hard hours, Ronnie’s health began to let him know it was time to slow down. During this time, he still enjoyed fixing lawn mowers, changing tires, mowing, and helping others in need any way he could.

During his life, he taught his children and grandchildren the importance of forgiveness, to stick together as a family no matter what, how to persevere through difficulties, to always look on the bright side of life, and the value of not throwing something away just because it was broke…just fix it.

Ronnie will be remembered for many things, but most importantly the deep love and pride he had for his family. He always stated that his biggest accomplishment of his life was his family. He also loved his family farm, animals, the great outdoors, John Deere tractors, and Ford trucks. He will also be remembered for his patience, humor, storytelling, his ever-positive attitude, and treasured bits of wit and wisdom.

Ronnie will be joyfully greeted at heaven’s gates by his oldest son, Todd Kulm, his brother, Gerald Kulm, his parents, Clara Neumiller and Rudolph Kulm, and his mother and father-in-law, Nettie and Herman Woerpel.

The family of Ronnie wishes to thank the Douglas County Memorial Hospital in Armour, S.D. for the loving care they have provided for him over the many years. He was always so comfortable in the hospital in Armour and we feel very blessed he was able to spend his last days in their care. In his final days in the hospital, he said, “There’s no better place. They take such good care of me here and do such a wonderful job.”