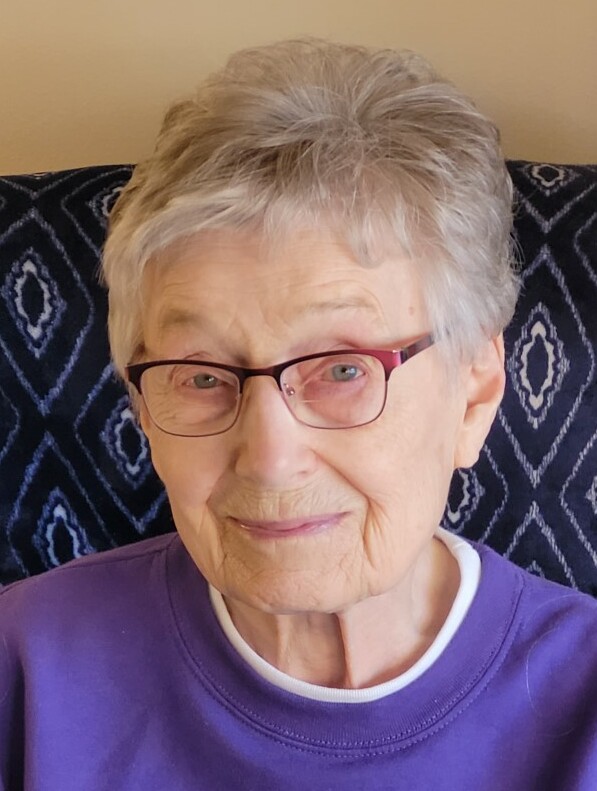 Please share a memory of Leona to include in a keepsake book for family and friends.
View Tribute Book

Parkston - Leona Magdalena Kost went to be with the Lord on January 31, 2022 at the age of 97. She was a resident at the Avera Bormann Manor in Parkston, SD. Due to current healthcare precautions, there will be a private graveside service for Leona at the Parkston Cemetery with the Rev. Wayne Uppendahl officiating. A memorial service is planned at the Parkston Congregational Church on July 30, 2022. Arrangements by Koehn Brothers Funeral in Parkston. Online condolences may be made at: www.koehnbrosfuneralhome.com

Leona was born on the family farm southeast of Menno to William and Magdalena (Huber) Ulmer on July 30, 1924. She was confirmed by Reverend Paul Petrik of the Grace Lutheran Church in Menno. Leona attended the Ulmer Country School southeast of Menno through the eighth grade. She was united in marriage to Ray Kost on March 14, 1947 and remained married until Ray’s passing in 2013. They farmed near Freeman, Scotland and Parkston for 30 years. In 1977, they moved off the Parkston farm and built a home in Parkston that Leona called home for 40 years. While living in Parkston, Leona worked at the Good Samaritan Home as a nurse’s aid and med aid for 24 years. As a youth, Leona enjoyed riding horses and playing ball with her brothers and school friends. Although her educational opportunities were limited early in life, she studied hard and received her high school GED at 55 years of age. Leona was a wonderful mother and grandmother and will be greatly missed by her family.

She was preceded in death by her parents, seven brothers: Ruben, Eugene, Bert, Harold, Art, Harland, Roy, two sisters, Linda (Streyle) and Verlaine (Schneider) and her husband, Ray, of 66 years.

Share Your Memory of
Leona
Upload Your Memory View All Memories
Be the first to upload a memory!
Share A Memory
Send Flowers
Plant a Tree