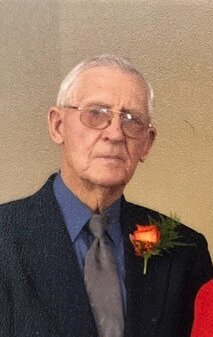 Armour - Robert Soulek, 98, died at Avantara Nursing Home in Armour on Monday, February 21, 2022. There will be a private committal in Lakeview Cemetery in Lake Andes, SD. A celebration of life at a later date.

Robert Soulek was born on the family farm south of Lake Andes, SD to Joseph and Amy (Jones) Soulek on July 11, 1923. He attended country school in White Swan Township and graduated from Lake Andes High School. After graduation, he worked on the farm. On March 14, 1948 he was united in marriage to Anna Galland in Salix, IA. They farmed south of Lake Andes, south of Wagner and moved to a farm southwest of Armour in 1951 where he farmed until retiring in 1993. Bob enjoyed gardening, hunting with bow and rifle, fishing and was a mechanic on the farm. He was a member of Armour Congregational Church. He died at Avantara Nursing Home in Armour on Monday, February 21, 2022 at the age of 98.

He was preceded in death by his parents and 2 sisters.