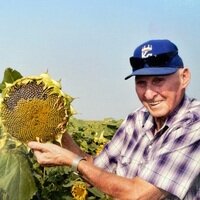 Please share a memory of Red to include in a keepsake book for family and friends.
View Tribute Book

Carrol “Red” Allen, 87, died on Tuesday, May 3, 2022. Red was born on July 4th, 1934 in Royal, Nebraska to Gertrude Scheer and Verle Allen. His paternal grandparents were Charles and Anna Allen, and Phillip and Josephine Scheer on his maternal side. Red was a devoted brother to his three beautiful sisters, DeEtta, Judene, and Viktorya. He attended grade school in Royal and Hastings, Nebraska, and then went on to graduate from Lake Andes High School in 1951.

From the first time he swung his mother’s broom handle at a corn cob, Red Allen loved the game of baseball and it would become a constant source of joy throughout his life. Playing professionally was his dream, and he quickly worked his way up through the Northern Class League and Basin League before achieving his dream of signing a professional contract with the Baltimore Orioles. Sadly, his time with them would be short-lived, as an injury kept him from continuing to play the sport he loved so much.

His passion for athletics never stopped though. Red started coaching baseball in 1959 and would continue until 2012, adding basketball, softball, refereeing, and umpiring to his resume. In 2000 he was inducted into the South Dakota Baseball Hall of Fame.

Red was always working. As a young man, he delivered fresh milk door to door, butchered meats at the IGA, and popped corn at the movie theater. He went on to own a truck stop, spend 25 years custom harvesting, and was very involved in community activism. Red served on the Township Board, the School Board, as County Commissioner, and then as a South Dakota State Senator for 12 years. He became the Democratic State Party Chairman in 1985 and ran for Governor of South Dakota in 1994.

Red was blessed with a large and loving family. He met his beloved Gladys Herrold at the bowling alley during the iconic Fish Days of 1952 and said “it was love at first sight.” They were married a year later on September 20, 1953, and spent 59 years together until her death in 2012. Three children were born into this union: Bruce, Betty, and Charles.

In 2015, Red met Judy Tuttle, fell in love, and moved south to Kansas where he spent the next seven years by her side. Together they built up a beautiful home and lived in it happily. Red loved hunting season but even more, he treasured having family around to enjoy the home and hunt the land. He discovered a love for making furniture and took great pride in the pieces he made. Red and Judy enjoyed living out the later years of their life together.

He was preceded in death by his parents, wife Gladys Allen, sister Judene Grage, and brother-in-law George Herrold.

Share Your Memory of
Red
Upload Your Memory View All Memories
Be the first to upload a memory!
Share A Memory
Send Flowers
Plant a Tree