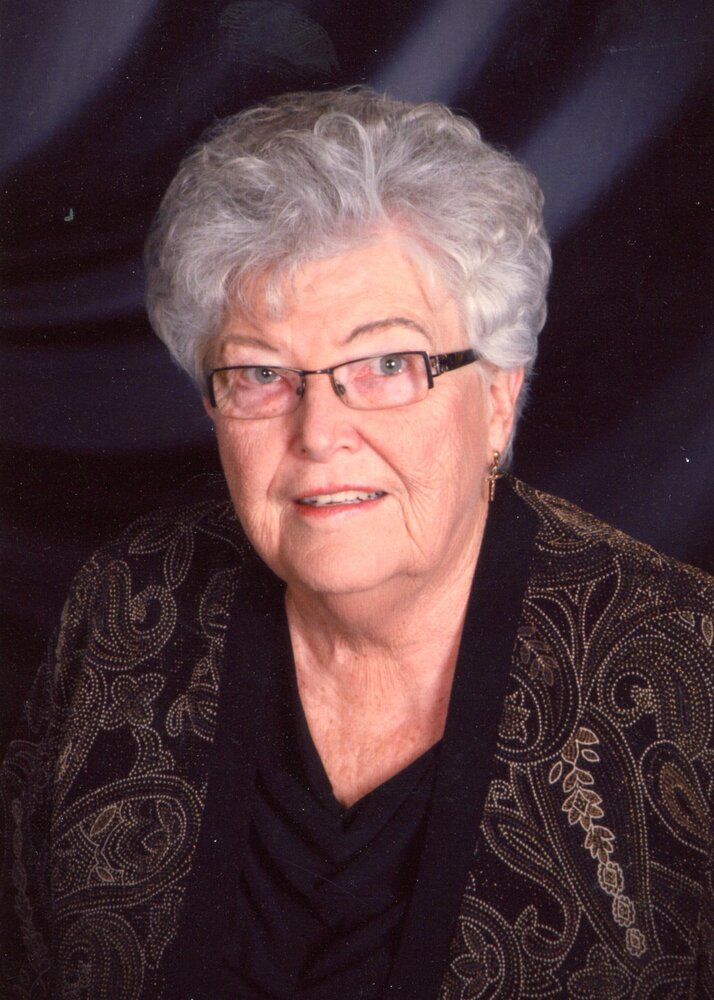 Please share a memory of Yvonne to include in a keepsake book for family and friends.
View Tribute Book

Yvonne Jean Ligtenberg daughter of Henry M. Ligtenberg and Susanna (Esther) Bobeldyk was born October 9, 1939 in rural Douglas County and passed away August 16, 2022 at the Good Samaritan Society in Corsica. She attended the Storm School in rural Armour, Corsica High School, and graduated from Armour High School in 1957. On September 18, 1957 Yvonne was united in marriage to Lyle E. Storm at Corsica, they were the parents of Vincent H. Storm and Virginia M. Storm, they farmed the Storm family farm until Lyle died in a farm accident April 17, 1989. On June 13, 1998. Yvonne married Kenneth L. Bindert at Armour. They farmed south of Armour until 2009 and lived on the farm until they moved to Armour in 2019. Yvonne did many different things throughout her working years and retired from the Mitchell Queen of Peace Hospital Dietary Department in 2005. After retiring she enjoyed making quilts and donated hundreds to many charitable organizations.

She was preceded in death by her parents, first-husband, brother, Leon Ligtenberg, great-granddaughter, Jaedyn Olney, 5 bothers-in-law, and 3 sisters-in-law.

In lieu of flowers, memorials will be donated to the Corsica Good Samaritan Society and Redeemer Lutheran Church.

Share Your Memory of
Yvonne
Upload Your Memory View All Memories
Be the first to upload a memory!
Share A Memory
Send Flowers
Plant a Tree